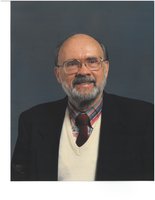 We wish to notify family and friends that Syd passed on at the age of 93 on Wednesday, October 7th, after a gradual decline in health spanning a period of many months.  He entered Mission Terrace rehabilitation facility at the end of February after experiencing a seizure at home. He was taken care of by Dr. Michael Ohmlid, who coincidentally took care of Sydney’s older brother Montford over a decade prior. After six weeks of rehab, Sydney was unable to regain enough strength and mobility to return home, so he was moved to a Santa Barbara assisted living home.  Due to several other health issues he was placed on hospice care in July. Meanwhile, his wife of 61 years, Hope Smith, had been living at a nearby assisted living home with her diagnosis of moderate to severe Alzheimer’s disease. In September, an opening became available in Hope’s residence, and he was able to join her for the final month of his life. They had a very sweet reunion as neither had been able to see each other for quite some time. Near the end of that month his various maladies became more than his body could handle. Covid restrictions have been extremely difficult, but thankfully his daughter, Lynn, was able to visit with him the last evening before his death, holding his hand, praying for him, playing some of his favorite music, massaging his neck and shoulders, and ensuring his pain was alleviated.

Syd grew up in Chicago, Illinois, the youngest of four children of William and Eleanora Smith. His two oldest siblings, Elberton and Emily, were 16 and 14 years old at the time of Syd’s birth and were already living away from home by the time he was in elementary school, but he liked to tag along after his other brother, Mont, who was 9 years older.  By his own account, despite the age gaps, his family was close-knit and supportive, and he remained on close terms with them throughout the years.

Syd joined the army in 1944.  Barely out of high school and not yet 18 years old, he was able to enroll in the army’s program at Stanford for 6 months until he reached 18. Then, after basic training at Camp Roberts in California, he shipped out from San Francisco to Japan at the end of WWII and was stationed at Ashigawa, the most northern point of Japan, 40-50 miles from Sapporo. Given a choice and being a good typist, he became troop clerk, typing morning reports and unit status each day. After his service of two years, he returned and enrolled at the University of Arkansas and received his Bachelor’s degree in History. After a couple more years, he moved to California following his parents, who had retired in Ojai, California.  Soon thereafter, he landed a job as a social worker (before getting his degree) and met his future wife, Hope, in Ojai, where they were both participating in a folk-dance festival.  After two years they married, and Syd and Hope went back to college, earning their degrees in psychiatric social work and library science, respectively.  Their careers and educational pursuits took them to UCLA, San Jose State University, and Syracuse University in New York. After returning to Southern California (Isla Vista), Syd began his social work career at Camarillo State Hospital, commuting from Isla Vista, where they bought a home and where Hope worked as a librarian for UCSB for several years. She later moved to Swaziland to help set up a library system there. When Hope returned to California, they eventually bought a second home in Santa Barbara, and Sydney spent most of his retirement years there with Hope until she was placed in a memory care residential program nearby in 2016.  Syd continued to live at home with the aid of home care services until the end of February this year.

Syd was a compassionate individual and was genuinely interested in everyone he came into contact with.  He had a marvelous sense of humor and a comforting, nonjudgmental way of interacting with people, which endeared him to many.  He had an almost eidetic memory and loved to reminisce about experiences he’d had and the people and places he’d known.  He could relive memories down to the minutest details and could even re-experience the sensations and feelings of his past experiences. He was also an avid reader with a keen interest in sociology and politics.  He had a passion for social justice, preserving the environment, and protecting endangered species, and over the the years he made countless donations to various organizations that supported these causes.  All told, Syd was a loyal, loving friend and mentor and will continue to be missed by all who knew him.

His family would like to thank the following people and organizations for providing loving care during these last years: Brightstar Caregiving of Santa Barbara, who greatly helped Syd at home; Mission Terrace and Dr. Omlid, Above All Care, Casa St. James, and Assisted Home Hospice. We are grateful for all the ways you attended to and helped Sydney.