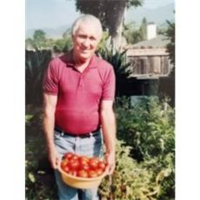 James (Jim) Peter Nielsen, born Jens Peter Ebberson Nielsen passed away on May 1st, 2022, from pneumonia at Cottage Hospital in Santa Barbara, California, he was 92.

Jim was born in Junget, Denmark in January of 1930. He immigrated to the United States when he was 16. Then he joined the Air Force and served for 4 years, he was honorably discharged in 1955.  He married Dawn Heitz in 1956.  Jim and Dawn had one child, Misty Dawn born in Pacific Grove, CA. Jim moved with his wife and daughter to Santa Barbara in 1963. They divorced in 1972 years. Jim met Pauline Selezinka and they married in 1981. At the time of his death, they were married 41 years.  Jim was a mechanic and worked for Hughes Pontiac Cadillac in Santa Barbara. Jim retired and Pauline and Jim spent many years traveling around the US and Canada in a motor home.  They enjoyed each other’s company and loved to visit their many friends. While at home their favorite pastime was fishing at Cachuma lake in the Santa Ynez Valley.  Also, Jim and Pauline loved to raise vegetables and harvest their many fruit trees. Jim was a member of the Elks, The Danish Brotherhood and were members of several Square Dancing clubs.