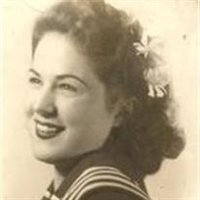 Zuzalek, Mary Ellen, 86, passed away peacefully December 11, 2010 after a long illness, with her son at her bedside. Born to Claude and Mamie Davis at her home in Wagner County, Oklahoma on September 4, 1924. Her mother Mamie died in 1928. Mary, like many during WWII worked at plants across the country. Walla Walla, Washington, Rockford, Illinois, and Muskogee, Okalahoma were home to her during the war. After the war she reunited with relatives on the west coast. (Pat Chackel and Sharon Meadow). In June of 1949 she married Daniel Richard Zuzalek and started their life together which lasted until Danny's death in 1973. They raised two sons Rick and Dave. Mary is survived by her son Dave (Teresa) and grandchildren Danny, Zack and Tasha. She was preceded in death by her son Rick, her brother Claude Allen and her cousin Sharon. The family feeling at Sarah House brought mom back to life long enough to give her breathing room for her next journey. Thanks Debbie. By her wishes no services are planned. In lieu of flowers donations to Sarah House 2612 Modoc Road, Santa Barbara, CA 93105. Arrangements entrusted to McDermott-Crockett Mortuary