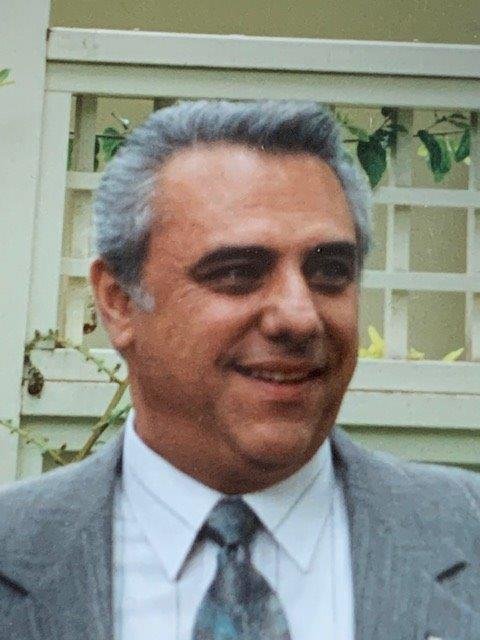 Gary Louis Feramisco passed away suddenly on Friday, April 26, 2019 at his home in Carpinteria.

Gary was born in Fresno, California on June 16, 1941 to Louie and Mary Feramisco. Although an only

child, Gary grew up surrounded by his large Italian extended family. Family gatherings, with lots of

home-cooked Italian dishes, were a staple of his upbringing. As a boy, Gary loved sports and working

alongside his dad in his automotive shop.

graduation, Gary enlisted in the United States Coast Guard where he served as an active and reserve

officer. He was very proud of his service and his Master Chief Petty Officer rank, and after over 33

years of service in the Coast Guard, he was honorably discharged in 1993.

Gary went on to earn his business administration degree from Fresno State University. And in 1970,

he married Diane Marie Bennett. He began working as a retirement clerk for the county of Fresno,

and after a few years accepted a similar position for San Joaquin County. While living in Stockton,

California, Gary and Diane were blessed by the arrival of their son Gary, Jr. in 1975. Not long after,

the family then moved back to Fresno, where Gary went back to work for Fresno County as an

Being a very driven person, Gary looked to move up in his career. He was hired as the assistant

treasurer of Santa Barbara county in 1982 and was thrilled to move his family to beautiful Carpinteria.

In 1985, he was elected as the tax collector and public administrator of Santa Barbara County. Gary’s

retirement savings, and serving as the Retirement Administrator for the County Pension Plan. He was

a long time member of the California Association of Treasurer-Tax Collectors. He was a founding

County Retirement Systems. Over the course of his 20 years as an elected official, the County’s

was a no-nonsense, no-excuses type of boss, but was beloved by the people he worked with, and

was quick to credit his successes to his department’s employees.

of. And during his 16 years of retirement, Gary enjoyed many days out on our local golf courses.

Gary loved the Carpinteria golf group he played with on Fridays. He liked to travel and watch sporting

football season tickets since 1987 and rarely missed a game. In recent years, Gary delighted in

Gary is survived by his loving wife of 49 years, Diane, his son Gary, Jr., daughter-in-law Larissa, and his

grandchildren Grant and Brinley, all of Carpinteria. In his 77 years, Gary truly lived life and achieved that

generous spirit will be dearly missed by his family and friends.

A funeral mass will take place at St. Joseph’s Church in Carpinteria on Friday, May 3rd at 11:30 a.m.

Burial will follow at Carpinteria Cemetery. In lieu of flowers, the family suggests memorial donations

be sent in his memory to Our Lady of Mount Carmel School, 530 Hot Springs Road, Santa Barbara,

To send flowers to the family or plant a tree in memory of Gary Feramisco, please visit Tribute Store
Print
Friday
3
May