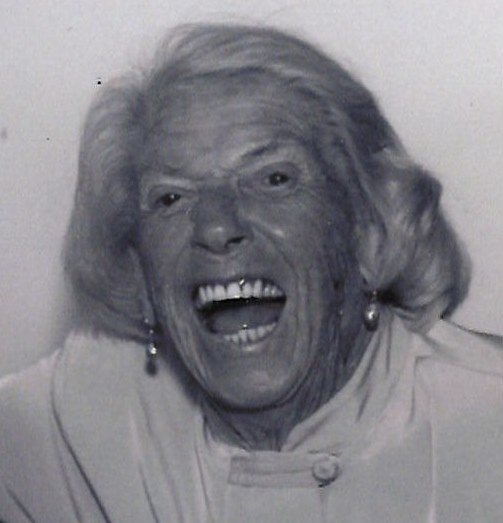 Milly grew up in Syracuse, NY, graduated from Wheaton College in Norton MA where she received her BS degree in 1944.  While at Wheaton she met on a blind date and fell in love with Harvard medical student, Paul Riemenschneider, who became her devoted husband of 61 years.  Milly and Paul married in 1945 and began their life together in San Diego where Paul served in the Navy.  After the navy and a residency in Boston, Milly and Paul moved to Syracuse where Paul chaired the Radiology Dept. at Memorial Hospital while Milly nurtured their 6 children.  Milly acted as every kind of scout and troop leader as well as football coach.   She was well known for her athleticism, competitiveness, gamesmanship, creative Halloween costumes, fun parties, joy of life and love of family.

In 1964 Milly and Paul moved their family to Santa Barbara, CA, yet they continued a bi-coastal lifestyle spending wonderful summers surrounded by lifelong friends and family at their beloved Skaneateles Lake (NY) camp – a tradition they continued throughout their lives and is carried on by their children.

Both Milly and Paul were dynamic members of the Santa Barbara community.  Milly served on the Board of the Senior Center of Santa Barbara, now Laguna Cottages for Seniors and Phoenix of Santa Barbara.  In addition, she was active in the Garden Club and Birnam Woods golf and tennis leagues.

Milly lived her 97 years with an energy that knew no bounds … few could keep up though many tried.  Whether on the golf course, tennis courts or bridge table, she played to win yet always took the time to teach and enjoy those with whom she was competing.

The Riemenschneider family would like to thank Hospice Care of Santa Barbara and the incredible, caring staff at Casa Dorinda for their love and support shown to both of our parents during their final years.  Milly’s life will be celebrated at a Mass at Mt. Carmel Church Saturday, September 21 at 2:00PM with a reception following at Casa Dorinda.

In lieu of flowers, donations can be made to the Casa Dorinda Legacy Campaign for the new Memory Care Center, 300 Hot Springs Road, Montecito, CA 93108.

To send flowers to the family or plant a tree in memory of Milly Riemenschneider, please visit Tribute Store
Saturday
21
September

Share Your Memory of
Milly
Upload Your Memory View All Memories
Be the first to upload a memory!
Share A Memory
Send Flowers