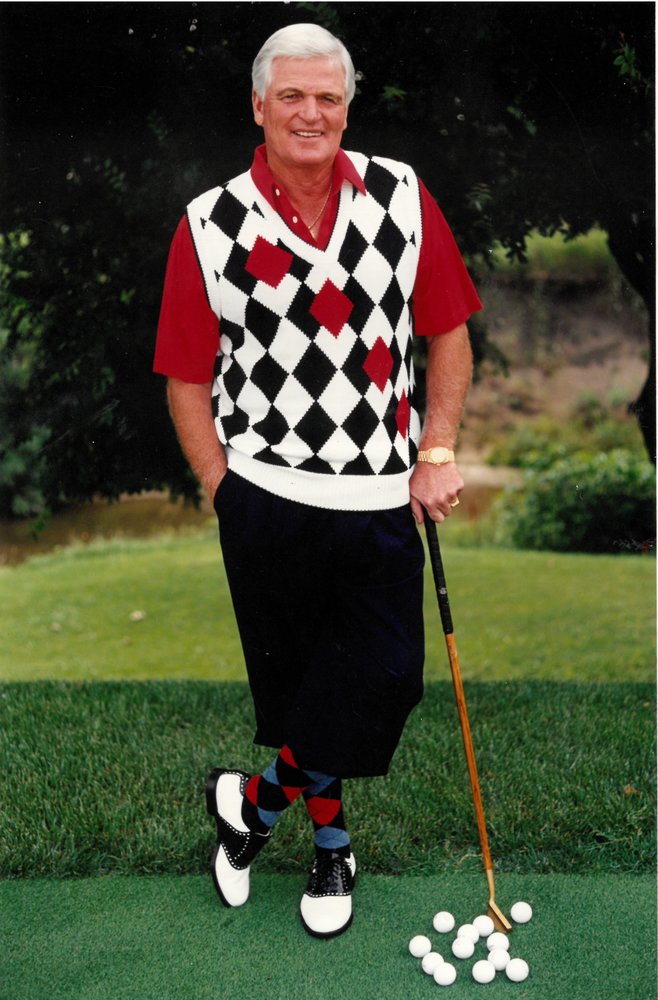 "You have to GIVE before you can RECEIVE" - Eldridge always said.

On August 23, 2019, Eldridge was reunited with his favorite golf foursome of Ben Hogan, E. Grant Fitts, Gary Laughlin and himself on the heavenly golf course. Eldridge was a True Legend.

He was a seasoned public speaker and shared many fascinating stories. Each month for five years, he wrote his personal golf stories for DFW Links, see archives in dfwlinks.com.

Director of Golf at 3 of the most prestigious private clubs in DFW: Dallas Country Club, opened Bent Tree CC, opened Gleneagles CC. In opening both Bent Tree & Gleneagles, Miles was responsible for the sale of literally hundreds of golf membership in N. Dallas. The Membership Director at both clubs figured out very quickly that when Miles was included in the tours, they made a sale. Miles enthusiastically participated in many, many prospective member tours. In his spare time, through the golf management company he started, Golf Texas, he was heavily involved in opening Chase Oaks Golf Club (now called The Courses at Watters Creek, which was voted "Best New Public Course in Texas" in 1987. Miles loved to fish and go metal detecting. Eldridge never met a stranger. He was known throughout the country as the most innovative entrepreneur in golf merchandising. Everyone Miles met he made them feel very special and stayed life long friends. He cared so much for all his staff and assistants golf pros, instrumental in getting 40 of his staff Head Pro jobs throughout the US. Miles came from very humble beginnings, he was born during the Great Depression to homeless parents under a bridge in Ft. Worth Texas to father Eldridge K. Miles and mother Una (Nunn) Miles. When Miles was 5 years old, his family moved into their first home, however, no plumbing, no electricity or running water. He always felt he had a great childhood, felt loved and cared for by his parents. Eldridge is survived by loving wife of 40 years, Kathy Miles, daughter Melissa Callahan, Plano, TX, estranged son, Rodney Miles, step son Jerry W. Hopkins Jr, Richardson TX, step daughter Allison Hopkins Ph.D, Santa Barbara, CA, grandson, Blake Eldridge Owens, step granddaughter, Parker Kathleen Hopkins and brother Jimmy Miles, Garland, and one sister. Miles was predeceased by his infant son, Eldridge L. Miles Jr and three sisters.

In lieu of flowers, Eldridge requested donations be made to either:

Please go to the online Memorial Tribute for Eldridge Miles at  https://mcdermottcrockett.com/tribute/details/144096/Eldridge-Miles/obituary.html#tribute-start to share a funny or inspirational story about Eldridge and see a tribute.