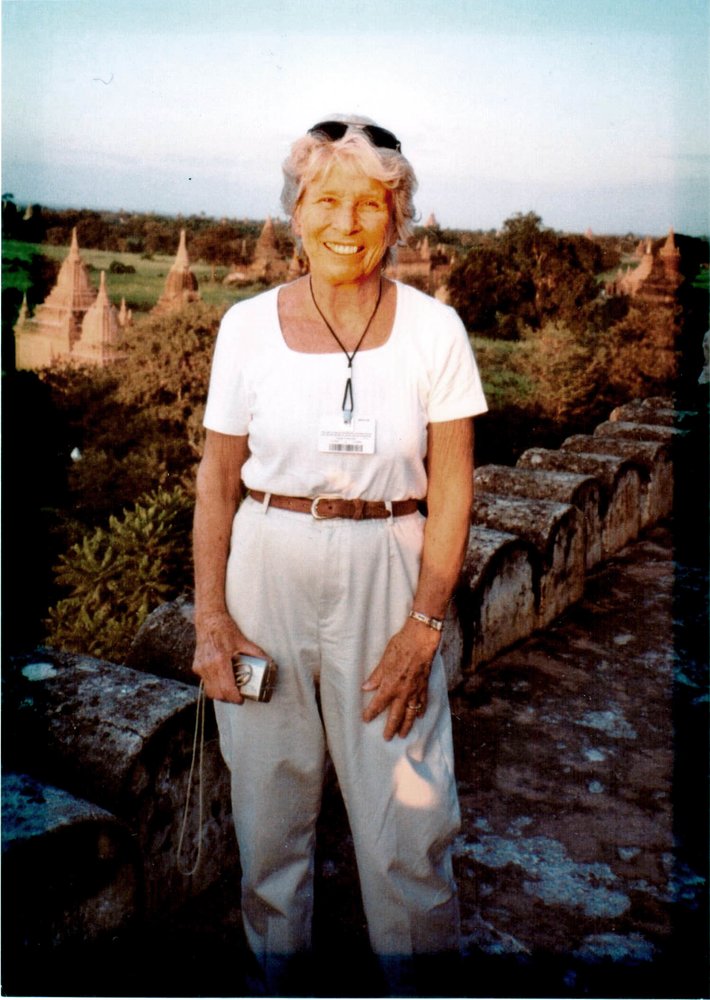 Sona Helen Eliot MacMillan passed away August 22, 2019 at Valle Verde Retirement Community. Sona was born January 14, 1935 in New Rochelle, NY to John Aron Eliot and Ethel Slawson Eliot. She was the youngest of 4 children.  She attended private school through the 8th grade in New Rochelle and spent summers at camp in Vermont. When Sona was 13, the family moved to Santa Barbara where she attended La Cumbre Junior High and Santa Barbara High School. She went on to study at Occidental College for 2 years then transferred to UCSB. While in high school, she met Thad C. MacMillan. The couple married in 1954. A year later, they welcomed their first child, Gail. Two years after, Jennifer was born and in another two years Thad E. completed the family. She and Thad were both very proud of their children.

Having taken piano lessons from the age of 3, she played regularly, mainly classical music, but also folk and popular music. Later, she added guitar to her musical abilities and played often with friends and family. Sona was involved in community organizations such as Las Aletas Auxiliary and later, Assistance League, working at their thrift shop and also with community projects. While her children were at Roosevelt Elementary, she was involved in the PTA and for 2 of those years was their President. Later, she worked part time as a teacher aide at the school.

After divorcing, Sona began working at UCSB, first at the Algebra Institute and later as a Contracts and Grants Officer. She retired in 1993 but returned for brief periods as a consultant at the Marine Science Institute. In retirement, Sona discovered her love of travel. In addition to going to see her children and grandchildren in Oregon and Montana, Sona took many trips abroad, including visiting France, England, Russia, Thailand, Myanmar, Cambodia and the Baltic States. After her trip to Cambodia, she began the “Sona MacMillan Pig Project,” helping to lift families out of poverty.

Sona loved to plan, decorate and carry out themed dinners with her gourmet group, friends she had known most of her life. She enjoyed getting her house ready for holidays, always hosting Thanksgiving and Christmas Eve get-togethers for family and friends. Christmas was her favorite time of year, frequently waking before the children on Christmas morning. A favorite family activity was to sing Christmas songs around the piano as Sona played.

A memorial service will be held September 20th at 11 am at McDermott Crockett Mortuary, 2020 Chapala St. In lieu of flowers, donations may be made to The Santa Barbara Zoo or Animal Shelter Assistance Program (ASAP), two organizations close to her heart.

To send flowers to the family of Sona MacMillan, please visit Tribute Store

Share Your Memory of
Sona
Upload Your Memory View All Memories
Be the first to upload a memory!
Share A Memory
Send Flowers