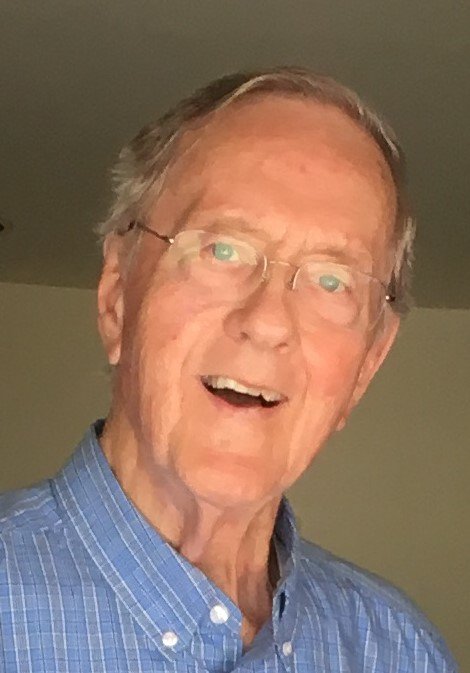 Herman J. Stark of Glendale, California passed away on December 30, 2019 at the age of 85 after a long but courageous battle with Parkinson’s Disease.

Herm was born February 23, 1934 in Springfield, Missouri to Irene (Dwyer) and Oliver Stark and was the youngest of five siblings: Bob, Betty, Dorothy, and John. Herm was close with his sisters and grew up fishing and hunting in Missouri and Illinois with his brothers and father.  His love of the outdoors and family stayed with him for the rest of his life.  During the Korean War, Herm was stationed on Adak Island, one of the Aleutian Islands in Alaska.  After the service he graduated from the Milwaukee School of Engineering and moved to California for his first job as an engineer with Hughes Aircraft. He then went to work for Litton Data Systems in Van Nuys, California where he retired after 30 years.

In California, he met and married Dorothy “Dotty” Protz in 1960 and they had three children, Gary, Michele and Stephanie.  They raised their family in Westlake Village, California and retired at their log home in Kettle Falls, Washington.  After Dotty passed away in 1998, Herm returned to California to be with family. There he met Renee Berberet who was the love of his life.  They were married for 17 years and traveled extensively including trips to Tahiti, Europe and Hawaii.  They shared a deep love and Renee cared for Herm as his illness progressed.

Herm will best be remembered for his sense of humor, calming presence and love of family. He enjoyed working in the garden especially growing tomatoes and roses. He was fond of watching and feeding chickadee’s and hummingbirds. He was a tall man, 6 ft 4 in, and was a joy to watch on the dance floor. Herm carried himself with old-fashioned grace and dignity throughout his life.

Services will be held Monday, January 13th at the St. Joseph’s Chapel, 4691 7th Street in Carpinteria.  A rosary and viewing begins at 10:00 a.m., followed by a funeral mass.  The burial will occur at Carpinteria Cemetery, 1501 Cravens Lane, Carpinteria.

Flowers may be sent through McDermott-Crockett in Santa Barbara.

In lieu of flowers, please consider making a charitable donation in Herman Stark’s honor to The Michael J. Fox Foundation for Parkinson’s Research https://www.michaeljfox.org/  or The Parkinson’s Foundation https://www.parkinson.org/

Share Your Memory of
Herman
Upload Your Memory View All Memories
Be the first to upload a memory!
Share A Memory
Send Flowers