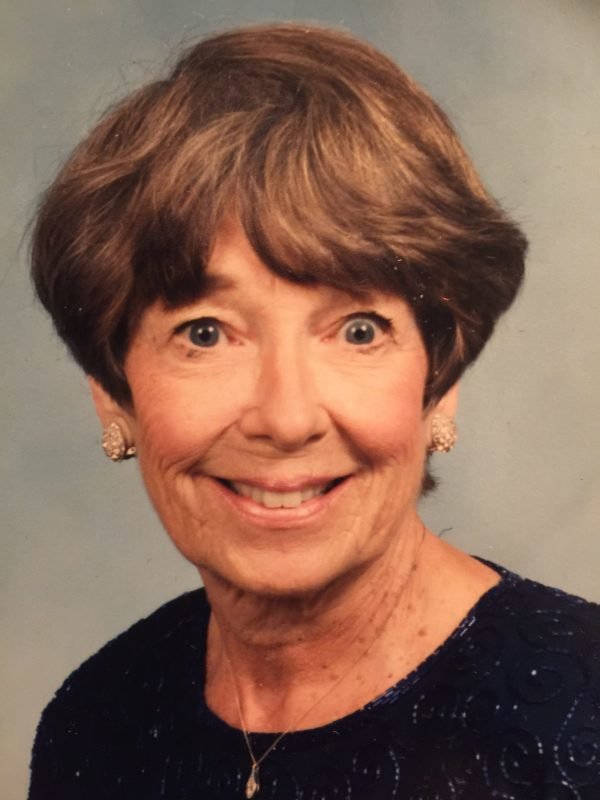 Naomi M. Aiches, beloved mother, grandmother, aunt and friend passed away peacefully in her sleep, at home in Carpinteria on November 3rd. Her family was by her side. She was the family matriarch.

Naomi was born in Omaha, Nebraska, May 9,1928 to Abe Finkenstein and Anne Stock who were married one hundred years ago November 14, 1920. Naomi grew up with four siblings in Sioux City, Iowa, where her father was a salesman for Sunshine Bakery and her mother was a housewife. The family moved to Los Angeles in 1940. She met her future husband Mike at a high school dance when she was fifteen. With her mothers permission she was married at seventeen, April 11, 1946.

She was twenty years old when she gave birth to her first child Alan, just prior to her battling an almost fatal bout with polio. After a four year rehab her second son Bruce was born. The family moved to Santa Barbara in 1967, where they enjoyed meeting many new friends and living near the ocean and mountains.

Naomi traveled the world and had an eye for art, antiques and real estate. She sold property for over twenty years with Coldwell Banker in Montecito.

After her husband passed away in 1986 she continued her career and took writing classes. She later published works leaving behind her treasured stories and writings in which she expressed a life fully lived.

Naomi was characterized by her grace, kind heart and love of family. She is dearly missed and survived by her sons Alan and Bruce and granddaughter Veronica. Donations to the Friendship Center, Assisted Home Health and Hospice Care or a charity of your choice.

To send flowers to the family or plant a tree in memory of Naomi Aiches, please visit Tribute Store

Share Your Memory of
Naomi
Upload Your Memory View All Memories
Be the first to upload a memory!
Share A Memory
Send Flowers
Plant a Tree