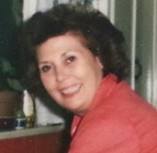 Bessie was born into a small family home on lower Garden Street which still exists today.  The family soon moved to the home she grew up in on Blanchard Street.  She attended local schools Franklin Elementary, S.B. Jr. High School and S.B. High School.  She married her high school sweetheart, Avery Nirenberg, and soon had two sons, Bryan and Kenneth.

She began her long career in the restaurant business at a young age starting at the Blue Onion Restaurant on Highway 101 in Montecito.  She moved on to the Blue Onion on State St. under the giant fig tree catering to the cruisers and teenagers. During these years she was blessed with her beautiful daughter, Carol Ryder.  Her reputation as a chef and manager was growing and she was asked by the Weniger family to come and manage their new restaurant at the El Patio across from west beach.  Years later she moved on to Bennie Bray's 101 Restaurant on the highway near Castillo St.  When the highway was being enlarged in 1961, the 101 Restaurant was torn down.  Bessie then went to work for Chris Prip's new restaurant in  Radio Square at the corner of Carillo and De La Vina Streets.  It was during this time that she and her business partner, Jim Smock, bought the old, dilapidated house at the corner of West Cots St. and Bradbury. Both families worked on the house for seven years turning it into one of the most popular restaurant at that time, The Redwood Inn.  Hungry diners would crowd the front porch waiting for a table.

She sold her interest in the Redwood Inn when her good friend Harry Davis opened his iconic Harry's Plaza in 1968 and he wanted Bessie to run the front bar booths which she did with class for seventeen years. She was honored with two oil painting portraits of herself and others on the walls.

Despite all her dedicated years in the profession, she was a registered chef and life-long member of the Culinary Alliance, her first priority was her family. Her dinner parties and family gatherings were beyond compare.  She was often called "a one-woman restaurant".  She also loved getting all "gussied up" and traveling with all her good friends to San Francisco and the east coast to see the fall colors. Her favorite trips were long road trips with her grandchildren all over the western U.S.

She will be dearly missed by all of her large family and hundreds of "best friends".

I'm building my own little library,

embedded in my heart,

for all the moments spent with you

before you had to part.

pick a moment and watch it through,

My little library acts as a promise

We'll never ever forget you.

To send flowers to the family or plant a tree in memory of Bessie Hawkins, please visit Tribute Store

Share Your Memory of
Bessie
Upload Your Memory View All Memories
Be the first to upload a memory!
Share A Memory
Send Flowers
Plant a Tree