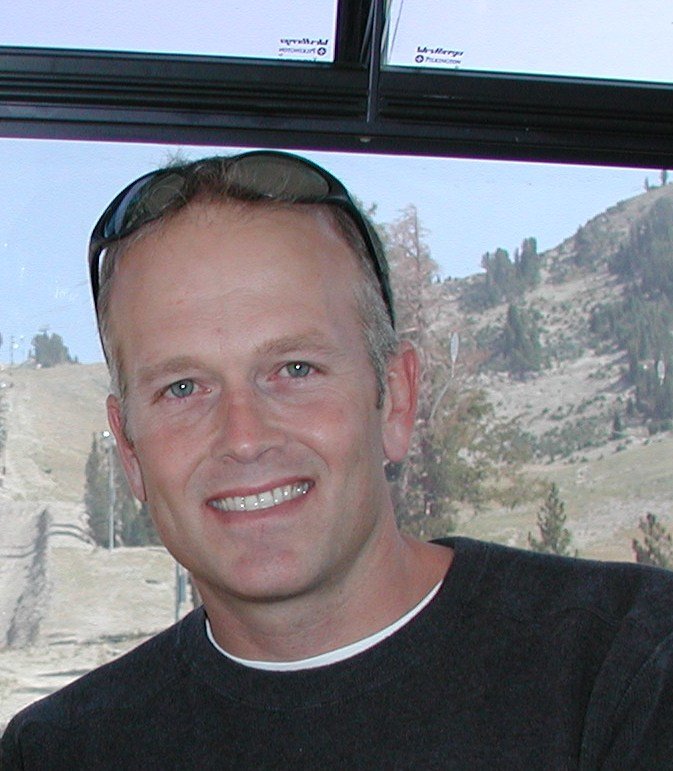 Scott Eugene Cruickshank of Santa Barbara CA and McCall ID passed away on January 31, 2021; he was 58 years of age.  Scott was born to Brian and Alice Cruickshank in Long Beach CA on December 26, 1962.  He attended Burbank Elementary School,  Jefferson Junior High School, and Woodrow Wilson High School, all in Long Beach CA.  He earned his bachelor's degree at UC Santa Barbara, graduating in 1988 with a double major in Mathematics and Economics, and went on to earn his Masters Degree in Statistics in 1990, also at UCSB.  He later pursued doctoral studies in Biometry at the University of Southern California in Los Angeles.

Scott worked briefly at Systemetrics Inc., a division of McGraw-Hill, before coming to the biotechnology company Amgen Inc. in Thousand Oaks CA, where he worked from 1991 through 2001.  From 2001 to the present he was Principal Statistician for his own consulting firm: Scott Cruickshank & Associates.

Scott's biostatistical career was primarily in anticancer and antiviral therapeutics.  In the early days of Amgen, Scott participated in the development of several high-impact therapeutics including two that treat the complications of cancer chemotherapy.  His work contributed to four successful FDA approvals for Amgen.  As an independent consultant he guided dozens of small startup companies through the drug development and approval process, providing statistical leadership and infrastructure.  One achievement in which he took great pride was co-authorship on a New England Journal of Medicine publication that reported on a ground-breaking advance in the treatment of a rare tumor with a high representation in children.  He co-authored publications in other notable medical journals including Lancet Oncology, Journal of Clinical Oncology (in which he also served as a statistical reviewer for 16 years), Clinical Cancer Research, Blood, Cancer, Bone Marrow Transplantation, Neuro-Oncology, OncoImmunology, and Journal of Immunotherapy.  He also served as statistician on several independent data monitoring committees.  In every aspect of his work, Scott strived for accuracy, integrity, and honesty—both in the numerical data and in its representation.  He was highly regarded by all with whom he worked.

Scott loved the outdoors and selected several sports activities in which to excel.  He played both basketball and baseball in high school and was a pitcher and first baseman on the Woodrow Wilson High School Varsity baseball team.  After high school he trained for the Ironman Triathlon, competing in August 1983 at the age of twenty.  He was a competitive cyclist starting in 1984, continuing this activity for the rest of his life.  He also engaged in Nordic cross-country skiing.  Scott was a collector of various memorabilia and was an avid reader, amassing an extensive book collection; he particularly enjoyed biographies.

The aggregate of Scott's contributions to pharmaceutical research prolonged lives and increased the quality of life for countless individuals with cancer.  His determined resolve in fighting his own rare form of pancreatic cancer ended peacefully, culminating a life dedicated to others.

Scott was a loving son, husband, and father.  He was preceded in death by his father Brian E. Cruickshank and his mother Alice Schomer Cruickshank.  He leaves behind his wife Christine Carriles Cruickshank, a daughter Cayley DeFontes, and his son-in-law James DeFontes.  Also surviving are his former wife Holly King, sisters Shari Harvey and Kathy Thomas, stepmother Carol Schrey Cruickshank, his dog Stewart, and his cat Zoey.

To send flowers to the family or plant a tree in memory of Scott Cruickshank, please visit Tribute Store

Share Your Memory of
Scott
Upload Your Memory View All Memories
Be the first to upload a memory!
Share A Memory
Send Flowers
Plant a Tree