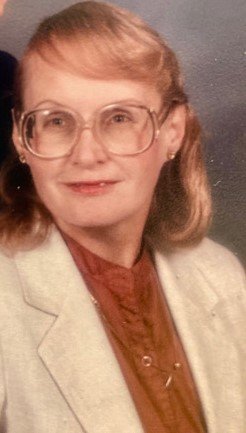 Mary Blaylock was born 17 August 1936 in Richfield, Utah, where she was raised by her parent Wells and Virginia Stringham. She was the second of four children. After high school, she went to Brigham Young University where she met the love of her life Max Blaylock. They were sealed for eternity in the Salt Lake Temple, Salt Lake City, Utah, on 15 September 1956. Max served in the US Air Force for a time and it was during this time that they had their first child, Robert (Bob) Blaylock. After leaving the Air Force, they returned to Provo, where Max completed his Master’s degree and Mary her Bachelor’s degree. In 1966 they moved to Sant Barbara, California, where they raised their three children, Bob, Ruth, and Glenn. Mary was a homemaker and worked at various jobs to supplement the family income. Her degree was in art and she loved to do various crafts. She tried to instill this love of crafts in her children as she brought home varies projects for them to do. Mary was also a devout and life-long member of the Church of Jesus Christ of Latter-day Saints. She has held many callings in that church, but her favorite was Temple Worker. She did that for several years with her husband, Max, and continued that service even after his death in 2008. They and she dedicated one week a month to this service in the Los Angeles, California, Temple until health and other considerations force her to give it up. Mary passed quietly on 9 March 2021 after a very short and sudden onset of cancer. She is survived by her three children Robert Blaylock, Ruth Blaylock, Glenn Blaylock, and their families.

To send flowers to the family or plant a tree in memory of Mary Blaylock, please visit Tribute Store

Share Your Memory of
Mary
Upload Your Memory View All Memories
Be the first to upload a memory!
Share A Memory
Send Flowers
Plant a Tree