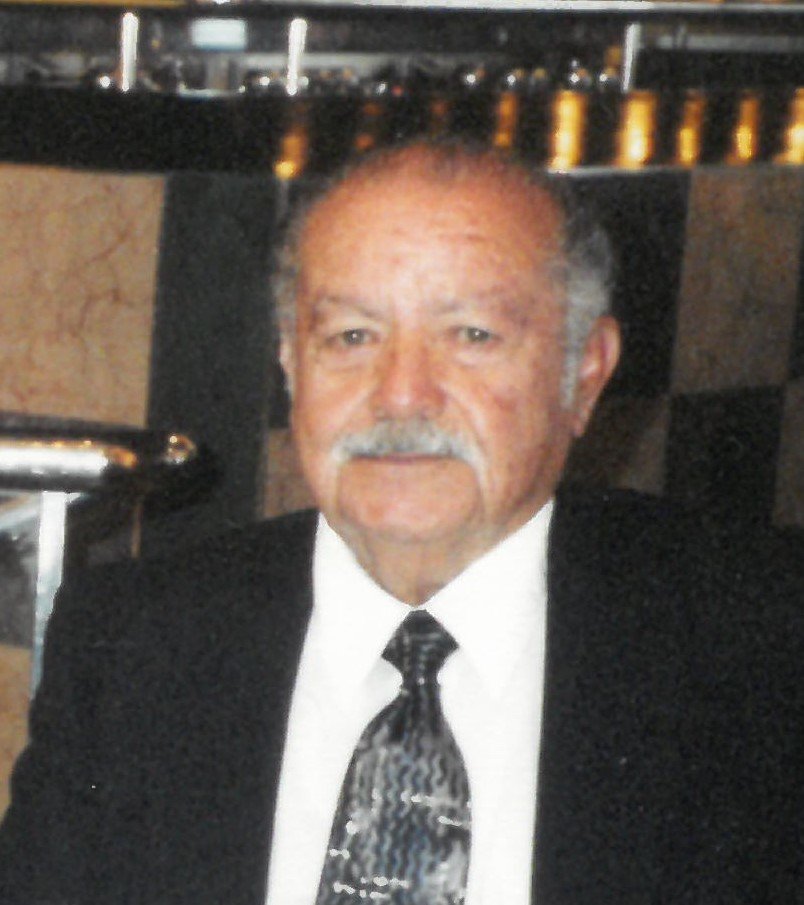 Edward Rey Gonzalez Jr., a loving husband, father, grandfather, and brother passed away at Cottage Hospital with his daughters by his side on Wednesday March 17th, 2021. Edward was born on September 24, 1929 in Santa Barbara. Edward graduated from S.B. High School then enlisted and served in the U. S. Army. Soon after he and Dolores (Barrera) met and fell in love. They were married on March 17, 1951. Edward passed away on their 70th wedding anniversary.

Edward was a hardworking man at an early age. He was hired by Ott’s Department Store for delivery and installation for 20 years. Then was employed and retired after 20 years with SBCC. As a grounds man, he was proud to take care of the CC football field. Edward also worked as a part time security guard for SBCC and Earl Warren Showgrounds, he had many side jobs throughout the years. Edward loved to cook/BBQ and enjoyed cooking for the Santa Barbara Ranchoés for many years. He spent time working in his yard and fixing TVs. Edward (Eddie) had many friends nearby that he would see daily up until the day before he passed. He was great with numbers which kept his mind energized.

Most of all he loved family gatherings and as he got older, he began to sit back and observe them with a smile. It was obvious how happy and proud it made him that his children and grandchildren were so close. His favorite saying was “Always remember, family is everything.”

Edward is preceded in death by his wife Dolores, his son Ray Gonzalez, daughter in law Eileen Cruz Gonzalez, sisters Grace Lugo and Carmen Ramirez, and brother Ozzie Gonzalez all of Santa Barbara.

Dad at the age of 91 years you were still so young and full of wisdom. Thank you for everything, we will miss and love you forever and ever. May you rest in peace with all our loved ones.

A funeral mass will be celebrated at Our Lady of Sorrows Church at 10:00 AM, Monday April 5th, followed by interment at Calvary Cemetery.

To send flowers to the family or plant a tree in memory of Edward Gonzalez Jr, please visit Tribute Store
Monday
5
April

Share Your Memory of
Edward
Upload Your Memory View All Memories
Be the first to upload a memory!
Share A Memory
Send Flowers
Plant a Tree