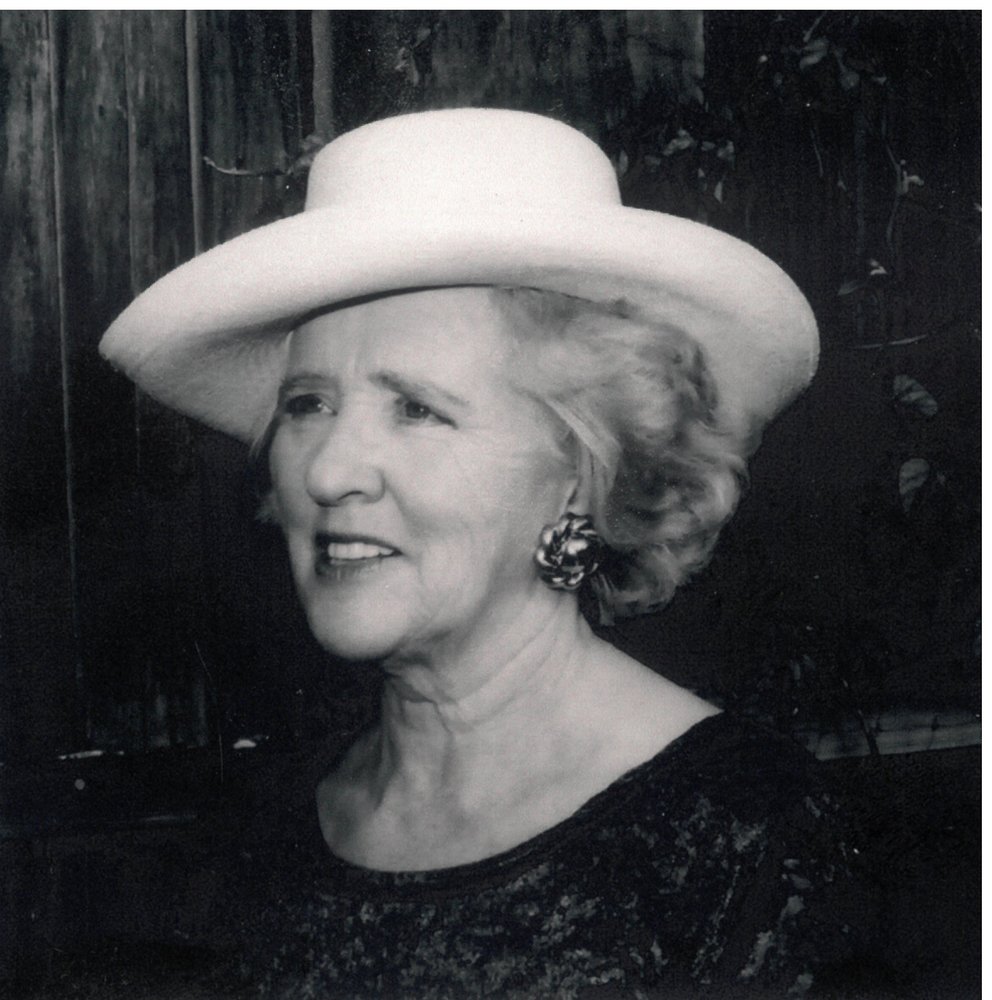 Dorothy McKenzie passed away peacefully in her sleep on 04/01/2021.  She leaves behind her daughter Sheelah Smith, Sheelah's husband Doug Smith, her son Doug McKenzie, his wife Marian McKenzie, and their son, Dorothy’s cherished grandson Ian McKenzie.

Dorothy was the only child of William Houston Millar and Ruth Millar (Ellis), and was born in Glasgow, Scotland on 01/21/1934.  She met her beloved husband James in the British Royal Air Force.  They were married on Dorothy’s 21st Birthday, and celebrated their 60th Wedding Anniversary just days before Jim’s passing in 2015.

Dorothy is most known for her career as a prolific “Plein air” landscape artist.  Mostly self-taught, she studied at the Regional College of Art in Manchester, England, and the Vancouver Art School in British Columbia, Canada.  She exhibited paintings in the Paisley Art Museum and Glasgow Gallery of Fine Arts in Scotland, and has work in the British National Collection.  She has pieces in private collections all over the world, and had many shows locally over the years, including Soho and the Karpeles Manuscript Library Museum.

She was one of the four artists who started the Santa Barbara beach art show, and was known there by her iconic straw hat.  She joined other local artists in environmental efforts to preserve open spaces, notably the Oak Group.  She gave art classes at her studio, and some of her students continue in her footsteps, showing their work at the beach art show.

Dorothy was a “fey” Scottish lass with untold skills and talents, not least of which was always knowing who was on the phone before it rang.  She became a Chiropodist (Podiatrist in this country), and fixed the corns of an Archbishop shortly before he helped crown Queen Elizabeth II.  When she joined the RAF, a special session of Parliament opened a new trade group because of her.  As the first, she was given her choice of transferring to any RAF station in the world, but remained at the training base where she had just met Jim.  She became a rifle sharpshooter there.

She loved birds, and rescued many.  Her children remember finding grubs and earwigs to feed the nestlings, teaching a mockingbird to fly, and seeing Mum visiting with a friend, a baby pigeon tucked in one arm, chewing up birdseed to poke down its throat in between sips of tea.  She spent days (in the rain) at the Child’s Estate Foundation Zoo helping save the lives of seabirds after the horrific 1969 oil slick, and was surprised to find pictures of herself washing birds in the Los Angeles Times.

Dorothy was unique, creative, and completely inimitable.  She gave great parties, where she had everyone up dancing, leading the way with her purple dress, tiara, parasol and “floozy feathers.”  She loved Dixieland Jazz and Johnny Cash.  Her imagination was always bringing something new, from the Millenium obelisk her neighbors so enjoyed, to a Mad Hatter’s tea party for friends inside the new shed Jim had built.  She loved “bling,” fairies, chocolate—oh,yes, chocolate--and above all, people.  Truly a people person, she became best friends with everyone she met, learning their story and that of all their family within minutes.

Dorothy of the brilliant blue eyes, our own sparkling, vibrant fairy, our beloved Mum and Grandma, we will miss your most-special light in our lives more than we can ever say.  We love you dearly, Mummy, and send you on your way to re-join your darling Jim, where the first thing we know you will do (because you told us yourself) is give a “bop on the nose” to any Angels foolish enough to flirt with him…

Celebration of Life postponed due to Covid-19, contact family members or check mcdermottcrockett.com for updates

To send flowers to the family or plant a tree in memory of Dorothy McKenzie, please visit Tribute Store

Share Your Memory of
Dorothy
Upload Your Memory View All Memories
Be the first to upload a memory!
Share A Memory
Send Flowers
Plant a Tree