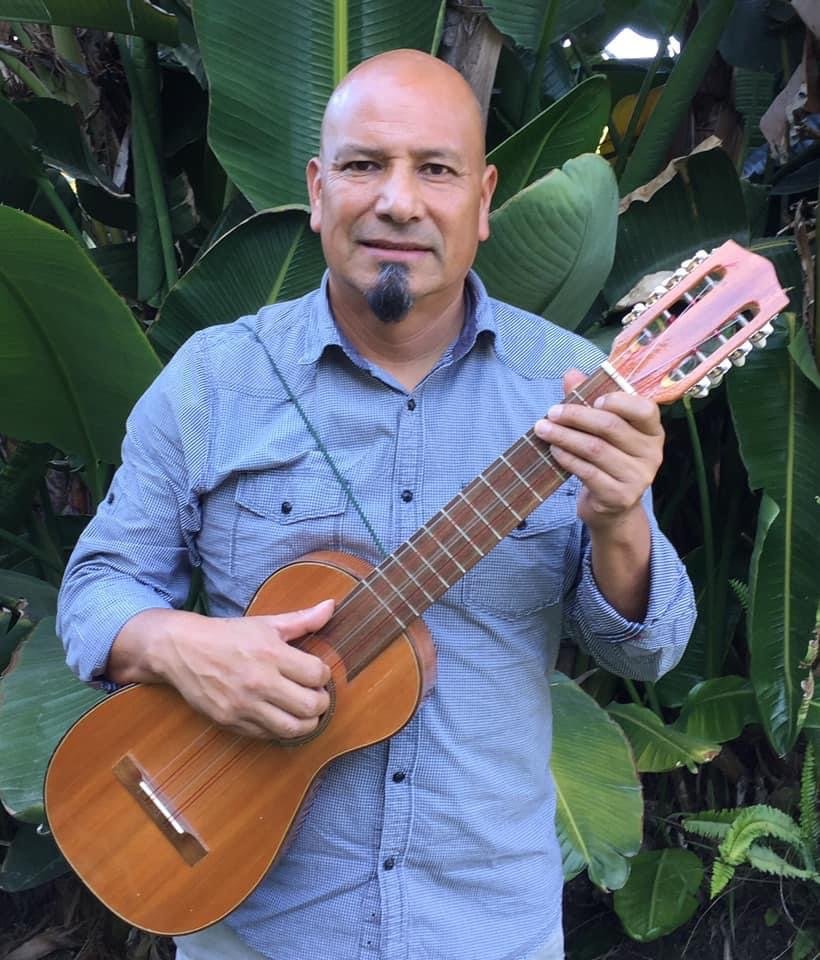 “Each one has things to remember and many stories to tell.”

Hugo Macario, a talented Latin fusion musician, teacher at Anacapa School and music director of the Son Jarocho Ensemble at UC Santa Barbara, passed away unexpectedly in Santa Barbara on May 9. He was 55.

Throughout his 15 years on the teaching faculty at Anacapa School in Santa Barbara, Hugo taught all levels of Spanish, founded the school’s music education program, counseled students and their families and coached athletics. He was a fixture in the Santa Barbara Latin music scene, playing live original and traditional music with his band Ensamble Vientos del Sur (Winds of the South Ensemble). The group was best known for its consistent weekend performances on the patio at Carlitos Café y Cantina on State Street for nearly 30 years.

Hugo was the youngest of six children born to Maria Ascension Salvador and Juan Macario in Pátzcuaro, a large town in the Mexican state of Michoacán. His mother passed away when Hugo was 11 and he remained close to his father, an elementary school principal who inspired him to pursue a career in teaching.

Finding strength and solace in music, Hugo embraced the guitar given to him at age nine by his father and began seeking friendships with musicians in his community. For a period during his youth, he was either watching or playing live music in nearly all of his free time. At age 14, Hugo began spending time with Lucia Torres, a neighborhood friend he had known since early childhood. Lucia’s family soon welcomed him and the couple remained close through high school.

Studying to be a teacher in Michoacán meant enrolling in Rural Normal School Vasco de Quiroga, an all-boys boarding school in nearby Tiripetío. While attending classes, Hugo and his friends founded Nuevo Amanecer, a traditional Andean folk music group. Social justice was a strong component in Mexico’s rural normal schools at the time and Nuevo Amanecer's music showed solidarity with these movements. The band quickly received widespread recognition, affording Hugo and his bandmates the opportunity to travel and perform at sister schools throughout Michoacán.

After graduating from normal school in 1985, Hugo and some members of Nuevo Amanecer joined members of Canto de Ave, another Andean folk music group, and continued performing locally and in neighboring towns.

Hugo accepted a teaching position at an experimental magnet program at Centro de Capacitación para el Desarrollo de la Juventud No. 1 (CeCaDeJ-1), a boarding school in Tacámbaro for children sent from poor, rural, agricultural communities. It was there that Hugo first made deep, lifelong connections with his students, strengthening his passion for education

and developing a socratic teaching style that his students described as equally empathetic and positive as it was demanding.

In 1988, at the invitation of his former Canto de Ave bandmate Temo Hernandez, Hugo first visited the United States. Reunited with his childhood music partner, Hugo began performing in Ventura and Santa Barbara counties. Falling in love with the culture and landscape of coastal California, Hugo returned to Pátzcuaro intent on returning to Santa Barbara with Lucia as his wife.

The couple moved to Santa Barbara shortly after their wedding on December 28, 1990. Hugo briefly worked on an assembly line in Carpinteria and later as a house painter in Santa Barbara during the days, while feeding his passion for music in the evenings with the bands Quetzalcoatl and Imaynalla. Music once again afforded Hugo the opportunity to travel and connect with people. Quetzalcoatl toured the U.S. educating audiences about Latin American traditional music. The group played for crowds large and small at museums, schools, libraries and community centers including a performance on the field during halftime at the Rose Bowl. However, when Hugo returned to Pátzcuaro, he would always reconnect with the lifelong friends in his hometown with whom he started his musical journey.

Hugo, along with Jose Elizarraraz and Roberto Gallardo, formed Ensamble Vientos del Sur in the early 1990s. Over the years, the Latin fusion group welcomed many musical collaborators, including Robert Gutiérrez who joined the band in 2000. Together, Vientos del Sur played with many local artists in Santa Barbara across a 30-year span. The band recorded two albums including “Nada Original” ("Nothing Original") in 2003 and the 2015 album “Historias Que Contar” (“Stories to Tell”) which embodied Hugo’s passion for social justice and cultural awareness. Its lyrics tell stories and fables derived from his own experiences and his family’s place in the collective history of descendants of the indigenous Purépecha people of Jarácuaro, Michoacán. Hugo also played with the band Somos Son for 15 years beginning in 2001.

Through yet another musical connection, Hugo returned to teaching by joining the faculty at Anacapa School in 2006. In addition to bringing Anacapa its first music and band programs, he also taught Spanish, coached soccer and fitness activities and served as an advisor, counselor and interpreter for countless students and their families.

After coaching his twin boys’ soccer teams throughout their youth, more recently Hugo became involved with the Renegades men's soccer team (“veteranos league”) with whom he played each Saturday.

Hugo is survived by his wife Lucia, their sons Isaac and Esai and his extended family in Mexico including siblings Juan, Gloria, Elia, Maria, Obdulia, and Juan “Guero.”

He touched many lives and will be deeply missed.

Family and friends are invited to celebrate Hugo’s life on Saturday, May 22 from 2pm-6pm at McDermott-Crockett Mortuary, 2020 Chapala Street in Santa Barbara. A GoFundMe campaign has been setup in his honor for his family at gofund.me/4d6d302f

If you would like to join us remotely for Hugo's celebration please follow this link to the live stream event: https://client.tribucast.com/tcid/6056261575

To send flowers to the family or plant a tree in memory of Hugo Macario Salvador, please visit Tribute Store
Saturday
22
May

Share Your Memory of
Hugo
Upload Your Memory View All Memories
Be the first to upload a memory!
Share A Memory
Send Flowers
Plant a Tree