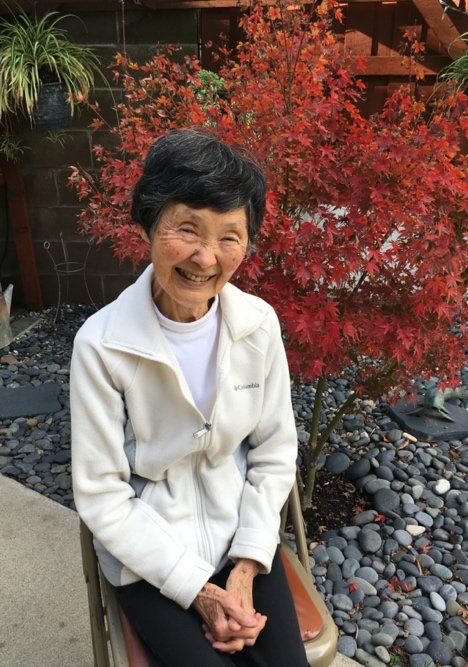 Janet Kazuko Fukumura peacefully rested in God’s arms on Saturday, July 24, 2021 at the age of 91. She was met at heaven’s door by her loving husband, Tom. Janet was born in San Luis Obispo on January 31, 1930 to Rinzaburo Kurozumi and Mine Torigoe. At the age of 12, Janet and her family were interned at Poston, AZ. Upon release, the Kurozumi family relocated to Santa Barbara, CA where Janet helped her family by working at age 15 as a nanny.

Janet met Tom Fukumura in Santa Barbara and they were married on September 5, 1954. They honored God in their 64 years of marriage. She and Tom served faithfully in many leadership roles @ their beloved Bethany Congregational Church. God touched their lives through the many people they fellowshipped with through the church. She lived her faith daily with a quiet grace. One of her favorite verses: “And we know that for those who love God all things work together for good, for those who are called according to his purpose.” Romans 8:28

Janet is survived by her sister, Helen Kurozumi, her daughter, Jennifer (Joe) Reyes, her son, Glen (Elizabeth) Fukumura and her grandchildren: Tommy (Allison) Reyes, Gabriela Fukumura, and Aaron Fukumura. She also leaves behind many cousins, nieces, and nephews.

Per Janet’s wishes, there will not be a memorial service. In lieu of flowers, please make donations to: Bethany Congregational Church, 556 N. Hope Ave., Santa Barbara, CA 93110.

To send flowers to the family or plant a tree in memory of Janet Fukurmura, please visit Tribute Store

Share Your Memory of
Janet
Upload Your Memory View All Memories
Be the first to upload a memory!
Share A Memory
Send Flowers
Plant a Tree