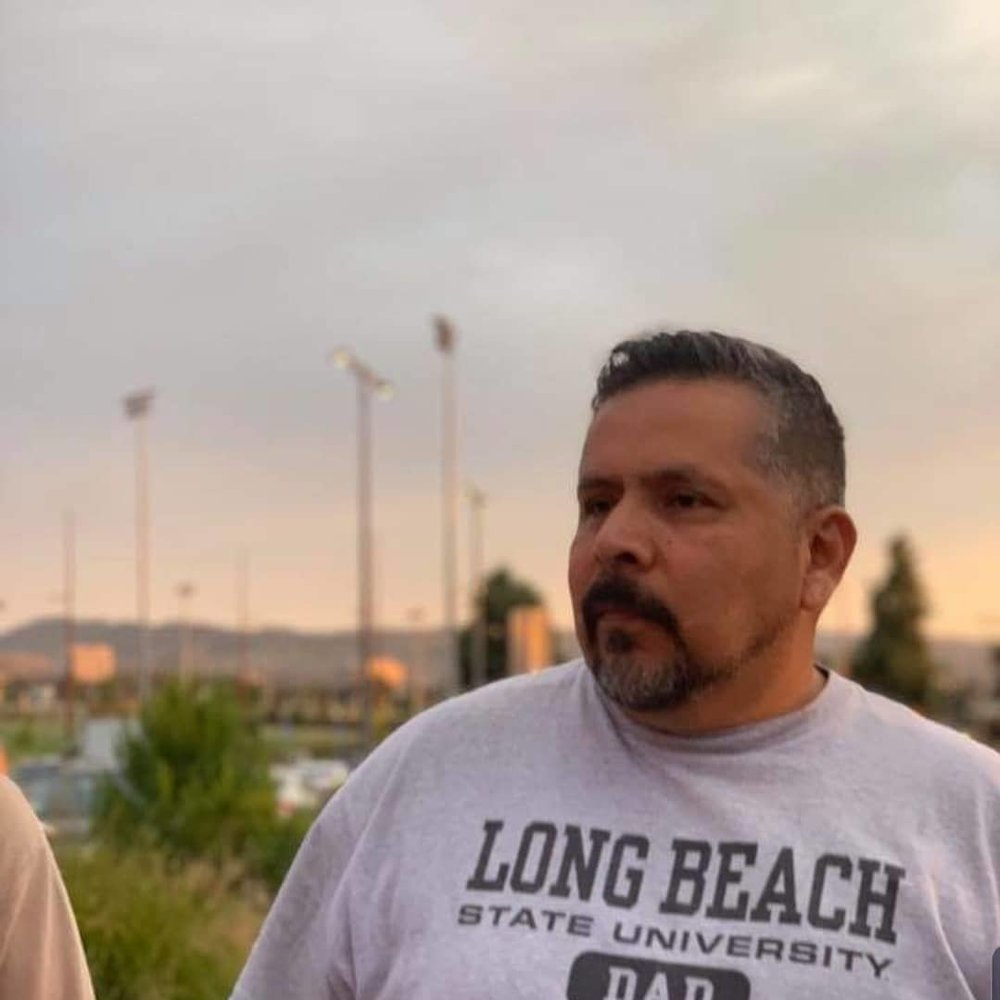 Mario was born on March 2, 1961, in Santa Barbara, California. He was raised and lived in Carpinteria, attending the local schools and playing soccer with his brothers and cousins.

As a youngster, he was involved in civil rights, walking with Cesar Chavez in l972 – from Aliso School to Goleta – proudly carrying the United Farm Workers flag. In his teens, he developed a passion for lowrider bikes (winning trophies) and later spent endless hours working on lowrider cars. Mario was very proud of cruising in his nice “rides” throughout Santa Barbara and Los Angeles counties and listening to his “Old School” music.

He was employed by the United States Postal Service for over 30 years and later took an early retirement. During his retirement years, he became a gourmet cook – sharing his dishes with all and spending quality time with his family, parents and friends.

Mario was known as a wonderful father, a Viking fan, a BBQ expert, a golfer and a karate coach to his two sons. He will be missed by all and remembered by those whose lives he touched.

He will be remembered as an outgoing person who you could always count on to help and provide comfort to those in need.

Services will be held at St. Joseph Catholic Church at 10 a.m. on Aug. 13, 2021, followed by a committal service at the Carpinteria Cemetery. A reception will be held at the St. Joseph’s Church Hall following, all are welcomed to attend.

To send flowers to the family or plant a tree in memory of Mario Requejo, please visit Tribute Store
Thursday
12
August

Share Your Memory of
Mario
Upload Your Memory View All Memories
Be the first to upload a memory!
Share A Memory
Send Flowers
Plant a Tree