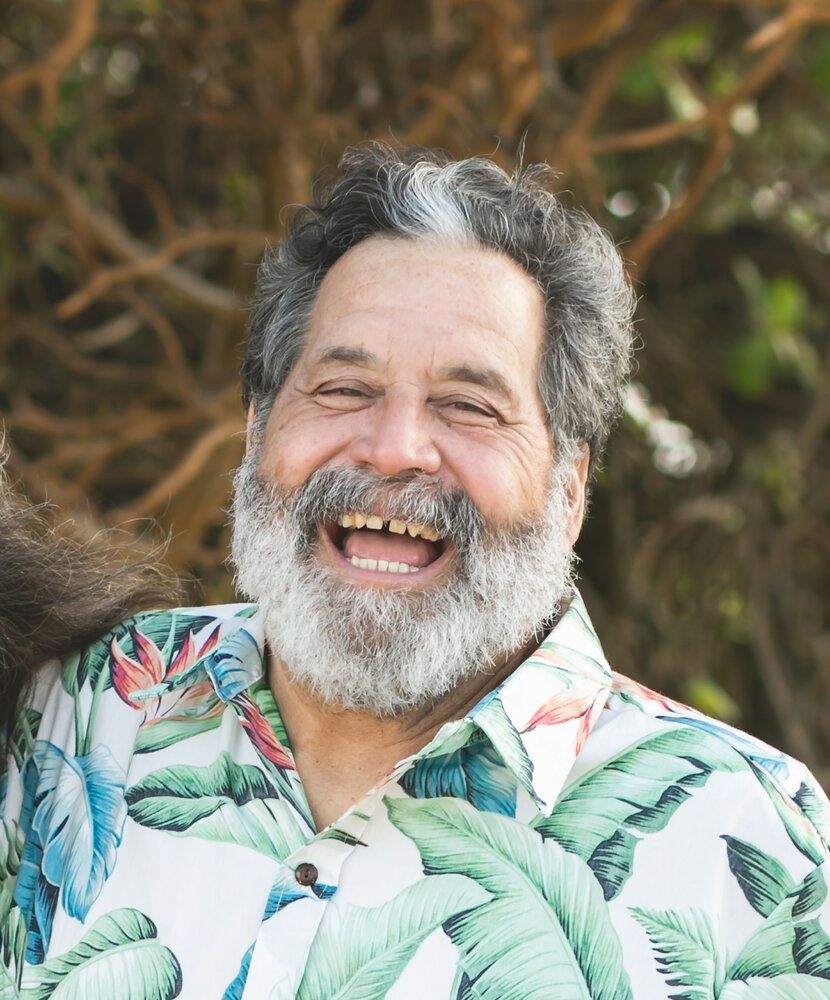 Tom Watts, loving ohana (family) man and proud Hawaiian, has died.  Cancer took him far sooner than he and his loved ones wanted, but the Lord had other plans.  We are comforted knowing we will see him again in the next life and hear his boisterous laugh.

Tom was born in in 1957 to Merle and (Kauka) while his dad was in the military.  He spent his early years in , but mainly grew up in , his ancestral homeland.  He graduated from Kahuku High School on Oahu, Hawaii in 1975 where he especially enjoyed playing football.  He continued that sport at and , .  At the latter he met Mary Sullivan who was a student athletic trainer working with the football team.  Their friendship developed into something more and they were married on , the same year he got his college degree.  In September 1980 Mary was hired by UCSB as the Women’s Athletic Trainer and they moved to Goleta.  When Mary became pregnant with their first child in 1984, she quit and Tom became the primary bread winner.

Tom went to SBCC to learn auto mechanics, then he worked for many years in and as a mechanic working on commission.  Due to his dedication and hard work, the family was able to live on his one salary in arguably one of the most expensive areas of the US.  After that he decided to open Tom Watts Automotive in Carpinteria which ran for 17 years with Mary as “office queen”.  Since 2017 he has been employed by the County of Ventura as a senior mechanic.

More than anything in life Tom loved being a dad.  After an unplanned delivery of Ivan in 1984 on the bathroom floor, Tom and Mary welcomed Anita in 1987, Martin in 1991, and their special son Ben in 1994 with home births.  Tom was a supporter of all the things their children did;  school activities, sporting events, band concerts, and introducing his kids to the wonders of Hawaii. Tom and Mary were very active in Marriage Encounter for many years which helped them solidify their good marriage,  and become better parents and better people.

Tom always said he didn’t have hobbies;  his family and working hard were his hobbies.  His sister said their family was "the hardest working lazy people you’ll ever meet!"  But he did put on fabulous luaus, cook a mean steak BBQ, loved trips to the Chumash Casino or Vegas when he could, and stayed active at ’s Parish.  For years he was the face of the set-up/clean up crew for the annual ’s Festival.

Tom is survived by his wife, Mary, of “forty-wonderful” (41) years, children Ivan (Natalia) of Plano, Texas, Anita (Joel) of Cypress, CA, and Martin (Janet) of Thousand Oaks, CA, and Ben of Carpinteria, CA, as well as grandchildren Calvin, Ethan and Michael Thomas of Plano, Texas and granddaughter arriving January 2022.  He is also survived by siblings Reilee (Bill) Corley, Michael (Carol) , Lisa (David) Goodrich and George Watts.  He is also loved and remembered by many other relatives, in-laws and especially nieces and nephews who loved their fun “Uncle Tom”.  He was preceded in death by his parents Merle Watts and Myra Kauka Watts, and stepmother Loretta Watts.

Through many rounds of chemo and cancer, including three surgeries during the past almost three years, Tom remained strong and uncomplaining through the ordeal.  He has been an inspiration to all.  His booming laugh may be silenced, but he lives on in our hearts.  Big man, big heart, big soul! “I have fought the good fight.  I have finished the race.  I have kept the faith.” 2 Timothy 4:7.

Services for Tom, Rosary: Friday October 1, 2021 @7:00 pm at St. Joseph's Chapel on 7th Street at corner of Ash St in Carpinteria (parking is limited). Mass of Christian Burial: @ at at , Carpinteria. Internment private at a later date at in .

Donations can be made in his memory to ’s Church, , Special Olympics ,, or the Ridley – in .  Mahalo and Aloha.

Arrangements entrusted to McDermott-Crockett Mortuary and their website is https://mcdermottcrockett.com .

To send flowers to the family or plant a tree in memory of Thomas Watts, please visit Tribute Store
Friday
1
October

Share Your Memory of
Thomas
Upload Your Memory View All Memories
Be the first to upload a memory!
Share A Memory
Send Flowers