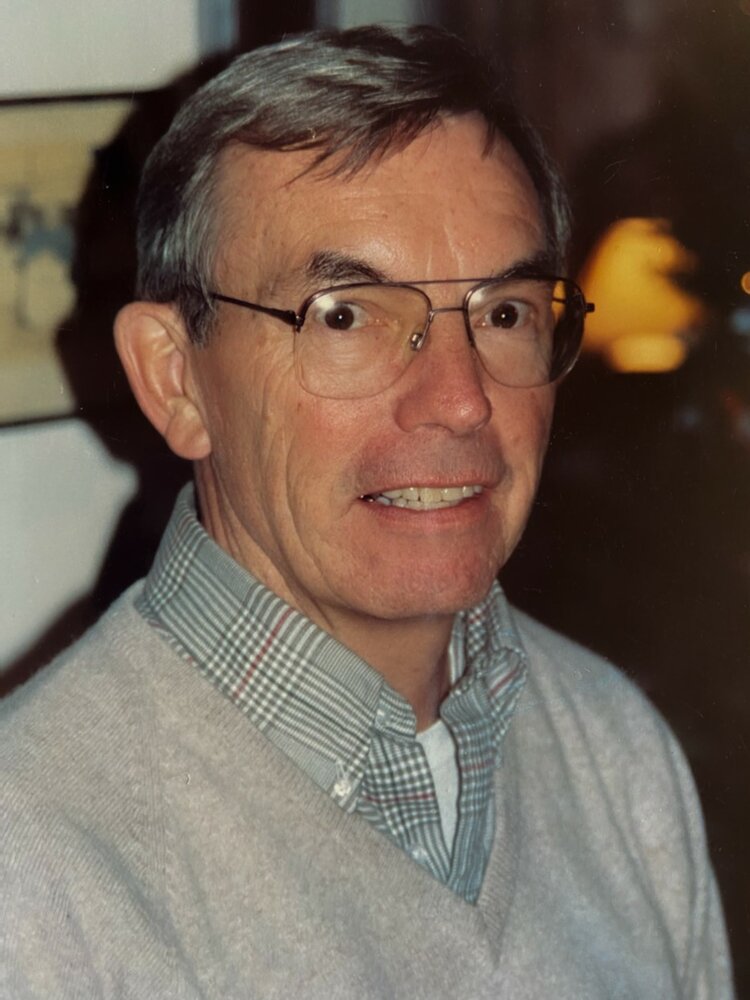 Dr. Edward Reilly Wallace, “Ed,” died quietly in his sleep in the wee hours of Saturday, August 7th, at the age of 91 in Santa Barbara, California, his home for the last 21 years of his life.

Ed was born on a dark snowy night on the winter solstice, December 21, 1929, in Niagara Falls, New York, the first son of a large second-generation Irish family. His childhood memories included growing up with his brothers and sisters, playing football in high school and college, summer visits eating “frisbee pies” and drinking Coca-Cola with his grandfather Wallace in Derby, Connecticut, and working on the railroad to earn money for college.

As a teenager, Ed chanced upon Ian Maclaren’s “A Doctor of the Old School,” which flamed in his heart the passion to become a country doctor. After graduating college from his father’s Irish-requisite Alma Mater Niagara University, he attended Georgetown University School of Medicine in 1954. After graduation he made his way out to California for an Internship at the University of California Davis from 1954 – 1955. Before completing his education, he enlisted in the Marines serving in Hawaii for the 1st Battalion, 4th Marines Medical Company from 1955 – 1957, and then returned to University of California Davis in 1957 – 1958 to complete his Residency in General Practice.

On completing his education and training he traveled down the Pacific Coast Highway of California looking for a small town to start his practice and raise his family, choosing the small town of Lompoc, California, near Vandenburg Air Force Base (née Camp Cook).

In Lompoc, Ed was a beloved town doctor who treated all his patients with respect, regardless of social standing, immigration status, or race. He even went on “house calls” in the middle of the night carrying his doctor’s bag, which was always tucked neatly behind the driver seat of his trusty VW Bug for any potential emergency or first-aid. Ed was a strong advocate for public healthcare his entire life.

Ed embraced his life in Lompoc and loved standing on the sidelines of the Lompoc Braves weekly football games serving as the team doctor. He attended local Rotary Club meetings, was a founding partner of the Valley Medical Group and served on the Board of Directors of the Lompoc District Hospital. During his years of practice, he delivered multiple generations of Lompoc townspeople and was often stopped on the streets in the decades following the start of his practice, to be reminded by a cheerful teenager that he was the doctor that delivered her, her brother, and her mother!

He was a voracious reader of detective novels, philosophy, history, and ancient civilizations, especially when it involved fighting wars and winning (or sometimes, heaven forbid, losing) battles. This lifelong love of learning easily passed from him to his children.

Ed had a competitive streak that, despite his gracious demeanor off court, made him give 100% in any game so his opponent could feel the agony of defeat. Ed played hard contact basketball with his teenage son Kevin, baseball, racquetball, tennis, golf, ping pong, and in his later years, a mean game of pickleball and billiards at Valle Verde Santa Barbara Senior Living Community. In the final months of his life, he still enjoyed the thrill of victory by playing a wild game of “Oh Hell” cards with his step-son Karl and daughter-in-law Irene, where his competitive spirit continued to shine.

Listening almost exclusively to classical music and either enjoying a cold glass of lemonade, early evening gin and tonic, or Scotch (“neat”), Ed and his wife, Pat, were gracious hosts to family and friends through-out his later years. He liked fuzzy slippers, Kellogg’s Raisin Bran, feeding the birds, and heavy cotton overshirts when he was just hanging out at home. But he was most proud of scaling the Karakoram Mountain Range, sans fuzzy slippers, in Nepal at the age of 49. That grueling journey followed a lifetime of trekking and camping in the mountains and wilderness of America with his family. To this day, his children love the outdoors and “getting away from it all,” as much as their dad.

Ed is preceded in death by his parents Edward Thomas Wallace and Helen (Reilly) Wallace and his brother Thomas Wallace. He is survived by his siblings Helen aka “Ginger” (Wallace) Alletto, Abigail (Wallace) Groves, Kathleen (Wallace) Strammer, Terrence aka “Terry” Wallace, and Christopher Wallace.

A deep love of hiking and the outdoors, hard work, athletics, and reading; these are the characteristics passed down to his children, stepchildren, and their children. There is no greater memory than the reflection of the passions and behaviors of a parent. Deceased, but never far away.

In lieu of flowers, donations can be made in Ed's memory to the non-profit buildOn, dedicated to break the cycle of poverty and illiteracy through service and education, at https://www.buildon.org/get-involved/donate

To send flowers to the family or plant a tree in memory of Dr. Edward Wallace, please visit Tribute Store

A Memorial Tree was planted for Dr. Edward
We are deeply sorry for your loss ~ the staff at McDermott-Crockett & Associates Mortuary
Join in honoring their life - plant a memorial tree

Share Your Memory of
Dr. Edward
Upload Your Memory View All Memories
Be the first to upload a memory!
Share A Memory
Send Flowers
Plant a Tree