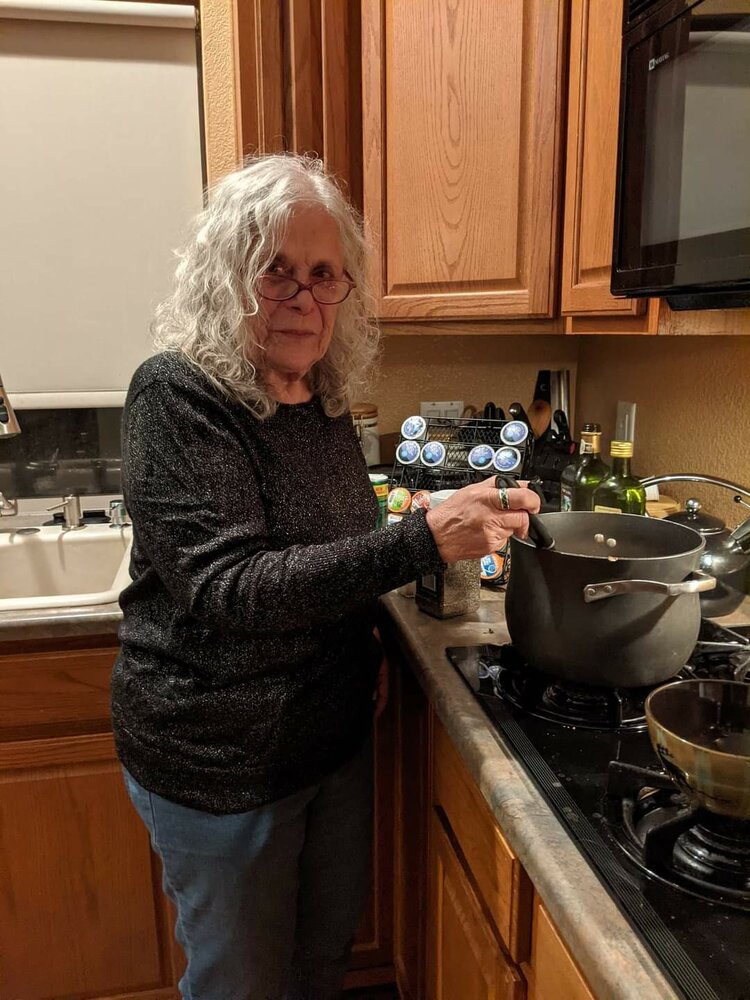 Rochelle Louise Fulleton was born and raised in New London, Connecticut. She was the child of immigrants. She lived most of her life in Pueblo Colorado and Ventura County, California. She passed away suddenly on January 4, 2022 in Castle Rock, Colorado while visiting family.

Rochelle Fulleton was born on Mother’s Day to her parents Saul and Fannie Epstein. She worked 3 jobs to get through college. She married David Chepovsky in the late 1950’s who she helped put through medical school.

After proudly graduating from University of Connecticut, she worked as a home economics teacher in New York.  She and her former husband David Chepovsky had 2 children, Richard Chepovsky and April Chepovskygold (Harvey) who were both born in New York. When she moved with her family to Phoenix, she volunteered numerous hours to help feed the hungry and clothe the poor.

She lived in Pueblo, Colorado for many years. During that time, she was a founder and president of the Pueblo Civic Ballet. After her divorce, as a single parent, Rochelle embraced the challenges and financial adversities of raising two children. She felt proud that her two children became productive adults with children of their own. She loved America and was proud to be an American.

Rochelle unconditionally, unselfishly loved her children and supported them all her life through the many highs and difficulties of their lives.

Rochelle was also passionate about her Jewish faith. She participated as a Sunday school teacher, taught her children and grandchildren the Jewish traditions and donated to causes that promoted Holocaust awareness.

In her free time, she enjoyed cooking, reading, antiques and gardening and mentoring young people.

The family requests that in lieu of flowers and cards, donations are made to USC Norris Comprehensive Cancer Center Memorial and Honor Fund

The funeral will be attended by her immediate family with a memorial service planned in the future once COVID rates are lower.

To send flowers to the family or plant a tree in memory of Rochelle Fulleton, please visit Tribute Store

Share Your Memory of
Rochelle
Upload Your Memory View All Memories
Be the first to upload a memory!
Share A Memory
Send Flowers
Plant a Tree