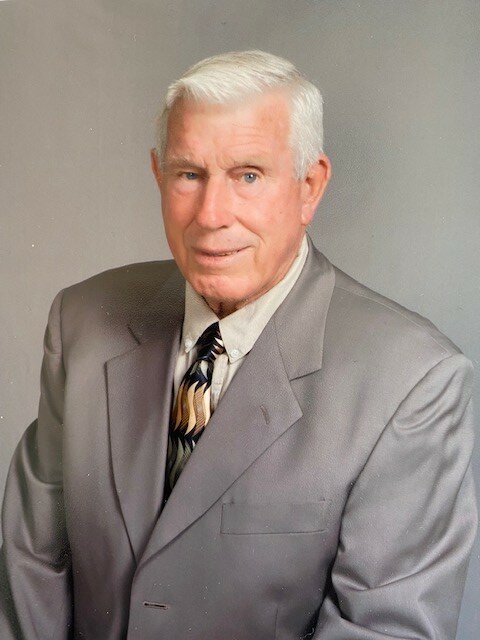 Michael James Gilligan passed away peacefully on Feb 4, 2022 at home surrounded by his family. Mike was born in Fort Dodge IA on Aug 19, 1937 to James and Helen Gilligan, he was one of seven children.

Mike was introduced to Anne by his best friend and future brother in law Bill Goodwin. Mike held many titles during his life including PTA president, seamstress, baker of delicious pies, high school band booster club (You will Never Walk Alone), Carpenter, Mechanic, Little League Coach, Master of standing on his head, fixer of all things and friend to all. The most important title of all is God Fearing Family Man. In 1986 Mike and Anne settled in Carpinteria Ca. Shortly after moving to Carpinteria they became involved in St Joseph Catholic Church and quickly fell in love with the community. Eventually Anne volunteered Mike to run the annual festival creating lifelong friendships within the Carpinteria community.

A Rosary Service will be held on February 18, 2022 at 6:00 PM, The Funeral Mass will be celebrated on February 19, 2022 at 11:30 AM, both at St. Joseph’s Catholic Church, Carpinteria, CA. Mike will be laid to rest at the Carpinteria Cemetery immediately following the Mass.

In lieu of flowers, donations can be made to St. Joseph's Catholic Church.

To send flowers to the family or plant a tree in memory of Michael Gilligan, please visit Tribute Store
Friday
18
February

Share Your Memory of
Michael
Upload Your Memory View All Memories
Be the first to upload a memory!
Share A Memory
Send Flowers
Plant a Tree