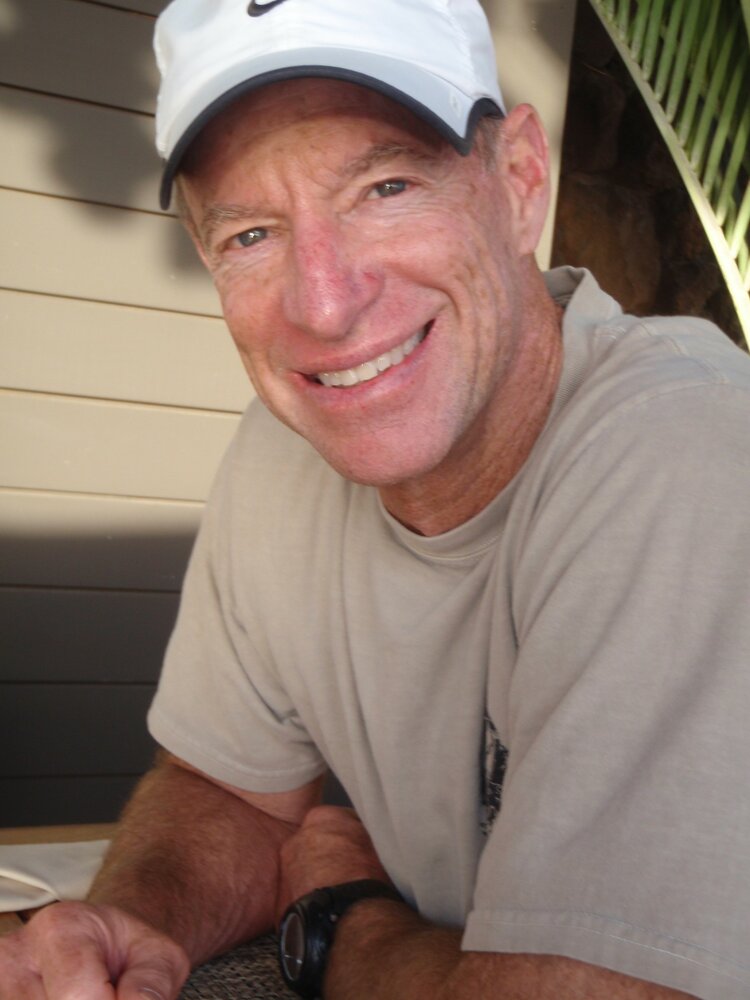 On Monday, January 3, 2022, the world lost a thoughtful, principled, energetic, loyal, and loving man. John W. McIntyre’s passing will be felt by the many people whose lives he touched, but none more than his adoring wife and three admiring daughters who were by his side at their forever home in the hills of Santa Barbara.

John’s was truly a life well lived; full of purpose, innovation, adventure, and love. A voracious student of the mind and a principled thinker, John was a man dedicated to reason, to the individual pursuit of happiness, and to the many deep friendships and loving relationships he developed throughout his life. He was an entrepreneur, self-made man, natural leader, dedicated teammate, courageous explorer (pilot, mountaineer, diver), intentional father, and loving husband.

John was born on March 3, 1954 in the Panama Canal Zone during his father’s military service and raised in Hannibal, MO, just a half-mile from the Mighty Mississippi River. As a kid, he was known for his athleticism, intelligence, and integrity; all attributes that he would continue to refine throughout his life. He attended Pettibone Grade School and Hannibal Jr. High before moving to Ventura, California, where he attended Anacapa Jr. High and Buena High School. He graduated from Walnut High School in Diamond Bar, where he excelled in basketball, track, and football, receiving many accolades including being named a Hall of Fame Athlete in track and an All-State football player. John attended the US Air Force Academy, Mt. San Antonio College (“Mt. SAC”), and the University of Utah in Salt Lake City (“the U”), where he was voted MVP as a wide-receiver and graduated with his MBA. John treasured his years at the U and remained a longtime supporter of both the David Eccles School of Business and the Utah football program. John went on to receive his C.P.A. as a management consultant in the Los Angeles Office of Ernst & Whinney.

John always knew he wanted to start his own business – in 1984, he co-founded Health Care microsystems, Inc. (HCm), a consulting technology firm. HCm became one of the largest providers of healthcare-related decision support software and management support services in the U.S. with clients globally. After much success, John decided to sell the company to dedicate more time to raising his three daughters.

John had a successful career of business ownership, management, personal investing, and consulting. Always eager to continue learning and contributing to his community, he brought his vast experience to serve on the boards of several local and national organizations; including Research Corporation Technologies (Chairman), the Los Angeles Philanthropic Foundation (President and Lifetime Director), HMS Holdings Corp. (President and Director), the Santa Barbara Maritime Museum, and Crane Country Day School. Consistent with his ardor for education, John also served as Chairman of the board for the Center of Entrepreneurship & Engineering Management at UCSB, and was a former Fellow and Associate Professor at UCLA with both the College of Public Health and the Anderson Graduate School of Management.

Curious, rugged, and sentimental, John was not only successful, but also a force for good. He is remembered through his many lasting friendships and meaningful relationships. His life inspired those he knew and his passing is deeply mourned by those he loved. We are all better for having known John W. McIntyre.

John’s spirit lives on through his wife, Lana McIntyre (Lentz), his three daughters, Jana, Jillian, and Jacquelyn, his father, John D. McIntyre, his two sisters, Kathy Jo Bos and Sara (Larry) Dozier, and their families. He is preceded in death by his mother, Shirley, and his brother in-law, Gerry Bos.

A celebration of his life will be held on March 12, 2022 at 10:00 AM at Crane Country Day School in Santa Barbara. Everyone who was touched by John is welcome to attend. To leave an online memory or condolence, please visit www.mcdermottcrockett.com and find John’s page under ‘Obituaries.’

To send flowers to the family or plant a tree in memory of John McIntyre , please visit Tribute Store
Saturday
12
March

Share Your Memory of
John
Upload Your Memory View All Memories
Be the first to upload a memory!
Share A Memory
Send Flowers
Plant a Tree