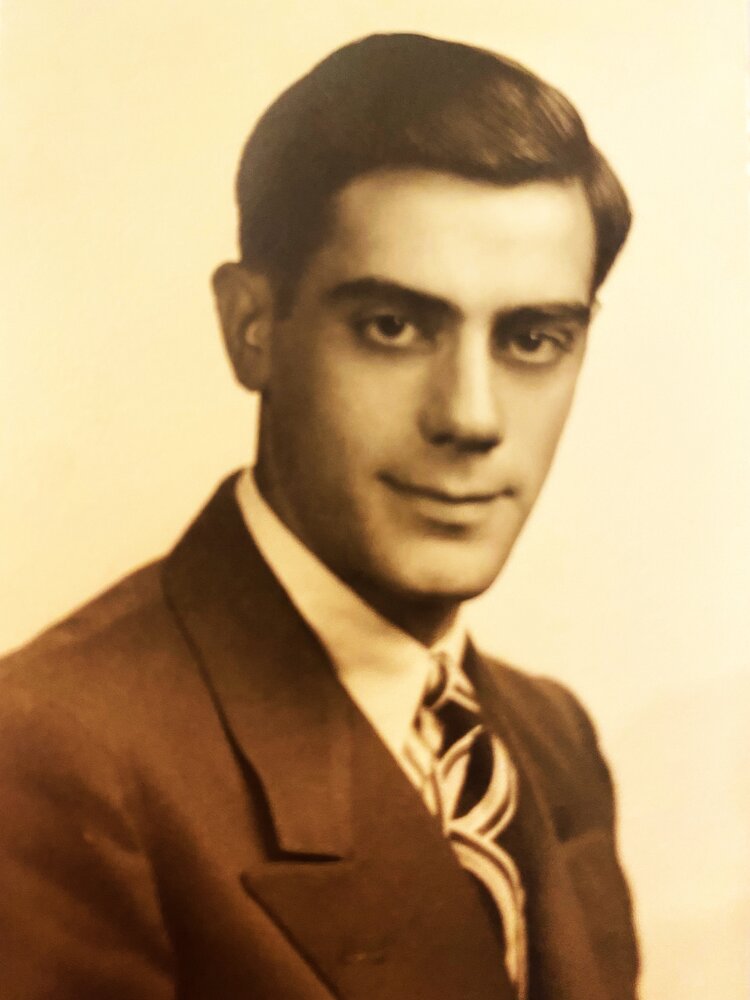 Born in Detroit, MI on August 16th 1927, Mitchel was the only child born to adoring parents Virginia and Hagop Keolian. Hagop had narrowly survived the Armenian genocide in Turkey and moved his family west to Los Angeles where Mitchel grew, played baseball, drank malts and eventually met and married the love of his life, Jasmine Gulazian, on November 23rd 1950.

A devoted husband, Mitchel joked that the secret behind 70 years of marriage was to say “yes dear” often. Together they built a home on the bluffs of Playa del Rey where Mitchel kept vegetable gardens and raised four children. After serving in the US military Mitchel worked for LAUSD as an educator for 34 years, first as a primary school teacher and later as an elementary school principal. He was well loved and upon his retirement Kenter Canyon Elementary held a parade in his honor.

Mitchel was deeply curious, energetic and had a sparkling wit; he was sharp and cracking jokes until the end. He adored his family and friends, and loved to learn, taking community college courses in astronomy and languages well into his eighties. Mitchel collected gems and made jewelry, was interested in finance and technology, and documented his long and vibrant life as an avid photographer. Jasmine and Mitchel explored much of the world together, first road tripping extensively cross country with their four children in a kitted-out trailer, and later touring and cruising to dozens of countries.

He was a one-of-a-kind, joyful, optimistic force of nature and a true inspiration in a life beautifully lived. Mitchel will be dearly missed, and is survived by son Robert Keolian and daughter-in-law Tanya Dickenson, daughter and son-in-law Jeannette and Jim Colliton, daughter Bonnie Keolian Lochner, and son Gregory Keolian. He was a second dad to beloved nieces Adrienne Mahtesian Chavez and Jennifer Barnagian and cherished close bonds with family members on the east coast. Mitchel was enormously proud of his four bright and beautiful granddaughters, Carli Lochner, Helen Colliton, Sofia Lochner, and Bridget Colliton.

Mitchel was preceded in death by his wife Jasmine Keolian and son-in-law John Lochner.

A memorial graveside service will be held at Inglewood Park Cemetery March 12th, 2022, at noon.

To send flowers to the family or plant a tree in memory of Mitchel Keolian , please visit Tribute Store
Saturday
12
March

Share Your Memory of
Mitchel
Upload Your Memory View All Memories
Be the first to upload a memory!
Share A Memory
Send Flowers
Plant a Tree