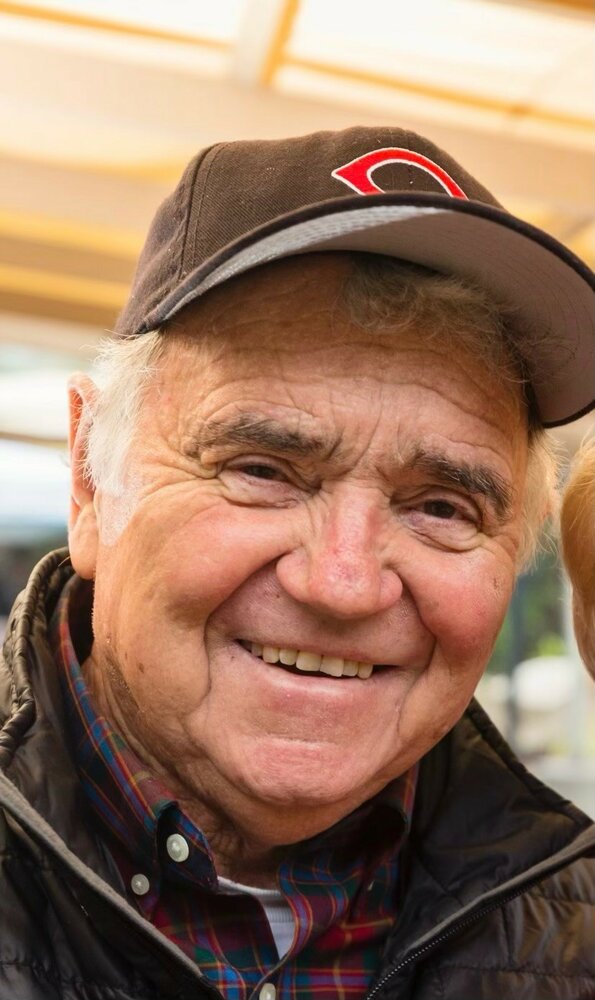 Edward Francis Damron, better known and loved as “Bub” Damron passed away on Friday March 4 at 4:20:35.27 pm - Bub would want his final time recorded accurately on a garage wall somewhere.  His passing occurred in his home in Ventura, surrounded by his wife and children following a brief bout with colon cancer.  He was 84 years young.

Bub was born in McCamey, Texas to Edgar and Nora Damron September 8, 1937.  Together with his four siblings, they made several moves when Bub was just a toddler and in 1943 eventually arrived in the place he would always call his hometown, Carpinteria.  The sleepy little seaside town and its lone constable had no idea what had just descended upon them.  Together with their siblings Bob, Patsy and Nellie, “Bub” and his 15-month-younger-TWIN brother Jim, set about disrupting Carpinteria with more unpunished misdemeanors and underage malefaction as they could laugh and brag about.  The stories of Bub and Jim’s hijinks are legend amongst his family and friends and too voluminous to enter here.

Upon graduating from Carpinteria High in 1956, Bub drove the train, painted the Snowman, and made Date shakes at Santa Claus Lane before heading to Visalia junior college, and then UCSB.  He left before completing his degree after getting a job driving a lumber truck at the only company he would ever work for - US Plywood.  Over the next 45 years, the company changed its name 4 different times and Bub was promoted along the way from the loading docks to regional sales manager.  His office was his car as he drove his sales territory from Paso Robles to Bakersfield and into Los Angeles County.  Bub retired in 2004.  In that time, Bub claimed to have never taken a sick day, a fact he bludgeoned his children with at every sniffle, and a fact his wife would quietly dispel as less fact than legend.

Bub met his wife of 62 years, Carolyn Lynn in 1957 when she moved to Carpinteria for her senior year in high school.  They married less than 2 years later. Together they raised four children and made their home on the west side of Carpinteria on Ocean View Ave.  When Bub wasn’t working, he was attending every baseball, basketball and football game played (or cheered at) by his kids. He never missed a game, once even hitching a private plane ride and jogging a mile from the airport in desert heat and dress shoes to make a playoff baseball game in Rosamond.  Later you could find him at any of his grandchildren’s sporting events he could get to from coast to coast.

In his “free” time, Bub was an avid jogger - completing marathons and 10k’s; even running 40 miles on his 40th birthday.  He was an exuberant DIY-er and completed many home improvements with little professional assistance.  He was asked to serve on the Carpinteria school board and did so honorably for 14 years (1976-1990), refusing to actively campaign for re-election during that entire tenure.

In his retirement years, Bub loved traveling in his trailer, fixing things around the house, and comparing his home-grown tomatoes to those “abominations” bought in stores.  When Bub and Carolyn sold the house on Ocean View, they moved to Ventura within walking distance of his eldest son and his young family.  Despite the move, Bub always described himself proudly as a Carpinterian AND a Texan.

Bub is survived by his wife, Carolyn, his children Jeffrey (Cyndi), Michael (Susan), Matthew (Kelly) and Kymberleigh (Eric), his 10 grandchildren and 2 great-grandchildren. Services will be held at the Carpinteria Cemetery on Saturday, March 19th in the pavilion at 11:00 am. In lieu of flowers, please send donations in his name to the Carpinteria High School Boosters Club (P.O. Box 444, Carpinteria, 93014).

To send flowers to the family or plant a tree in memory of Edward Damron, please visit Tribute Store
Saturday
19
March

Share Your Memory of
Edward
Upload Your Memory View All Memories
Be the first to upload a memory!
Share A Memory
Send Flowers
Plant a Tree