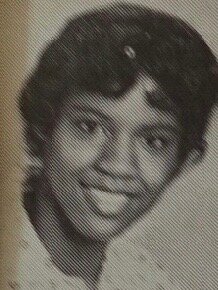 Patsy Ruth spent her childhood and adult life in California. She attended and graduated from Santa Barbara schools. She then gained employment at Cottage Hospital, General Research and successfully managed the local Santa Barbara phone mart for General Telephone and Electronics, GTE company. Patsy Ruth was raised in the Church of God in Christ, COGIC church with her father as the Pastor and her mother as first lady. Patsy Ruth married Ardmore Taylor. To this union, two daughters were born, Díedre Lynne and Elizabeth Cora. She was a loyal member of Bethel church. Patsy Ruth loved serving in Sunday School, bible study, the choir and she never failed to share her testimony of God’s workings and the beauty in her life and that of her children. Following the dissolution of her marriage, she met her second husband, James Edward Tharpe with the United States Airforce in Santa Barbara.  They married and to this union they had two children, Kelli Jamette and Jamey.  Patsy Ruth continued to serve in church with the role as Choir Director at Bethel church, where she faithfully kept her four children every Sunday and Wednesday night.  After many years living in Santa Barbara, Patsy Ruth and James Edward with their four children moved to the Midwest.  Patsy Ruth promoted to regional manager for GTE, covering a territory of three states while her husband worked for the Federal Government - Bureau of Justice.  After six years of living in the Midwest the family returned to California where Patsy Ruth flourished in her work for God in the church. She then became a beloved ordained Minister. She served in the church all her life.  Outside of her love for serving God, and knowing the Bible from cover to cover, Patsy Ruth created beautiful paintings of her favorite flower, the rose, enjoyed speaking to others including her woman’s group about God’s work and reminding her children and grandchildren to hold on, as God has a plan.  When her health began to fail, she remained steadfast in sharing the love and beauty of God. She enjoyed reading her bible, and speaking with people about the Word of God and everlasting life. She continued to be a faithful witness of the goodness of God as a devoted member of Greater Hope Baptist church and the community she served. Patsy Ruth was called home on April 15, 2022, at Cottage Hospital in Santa Barbara, CA.

She was preceded in death by her father, mother and brother, Peter Austin.

Services are under the direction of McDermott-Crocket Mortuary, in Santa Barbara, Saturday, April 30, 2022 at 11:00 a.m. There will be no public visitation and the service will be held for her siblings and children only. This link https://client.tribucast.com/tcid/2820364128 is a virtual invitation provided for our loved ones. Reverend Teal and Reverend J.B. Ficklin, Jr. will officiate.

To send flowers to the family or plant a tree in memory of Patsy Austin-Tharpe, please visit Tribute Store

Share Your Memory of
Patsy
Upload Your Memory View All Memories
Be the first to upload a memory!
Share A Memory
Send Flowers
Plant a Tree