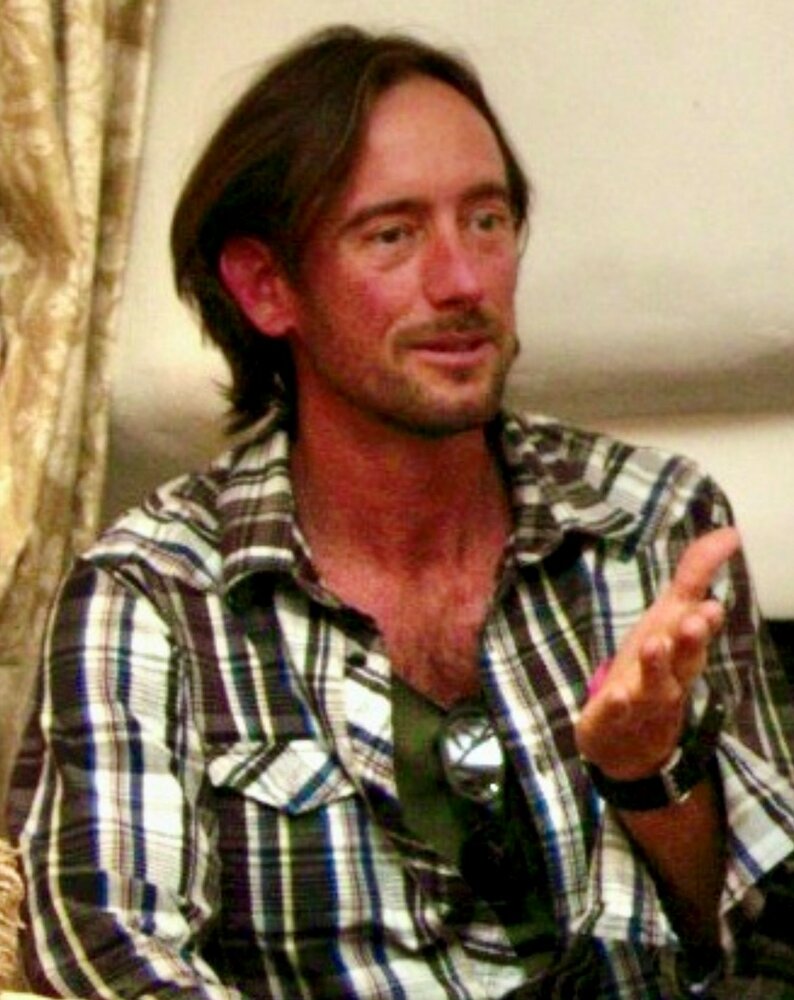 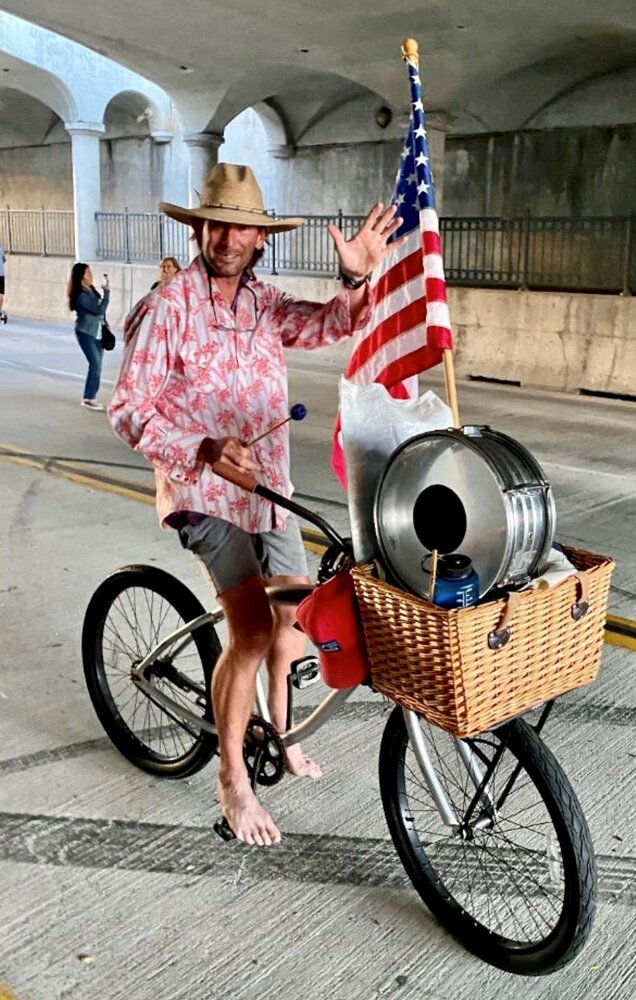 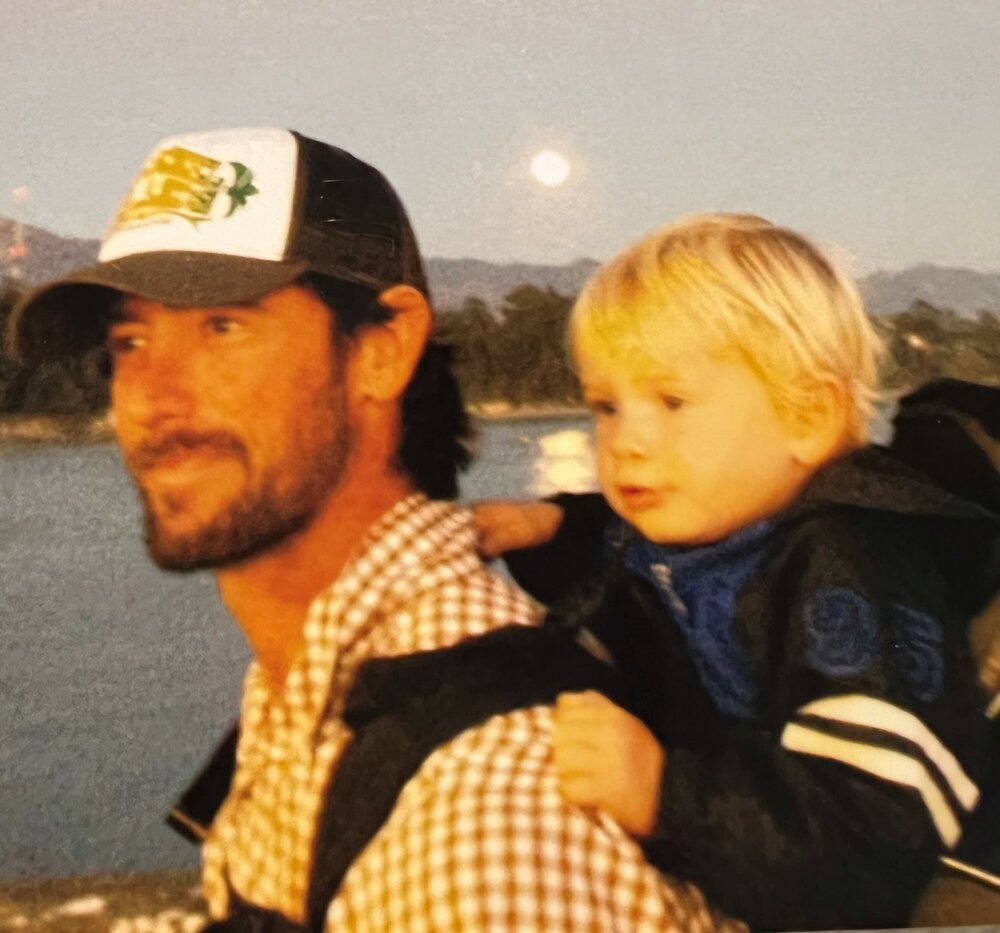 In Loving Memory of Eric B. Hansen. It is hard to imagine this life without the colorful Eric Bryant Hansen. A father, son, brother, friend, ocean swimming enthusiast, history buff, lover of nature, drum circle devotee, and our very own “Flower Guy”. Eric was born January 29, 1971 in Bay City, Michigan to Grant Hansen and Cynthia Richards and moved with his family at age three to Santa Barbara, CA. He graduated Dos Pueblos High School in 1989, earned several different AA degrees from SBCC and has contributed to our community in many creative ways. From working at a production company to helping you pick out the perfect movie at The Video Shop, or starting his own flower stand at UCSB, he always had an infectious smile, a desire to be helpful and most memorably the ability to make you laugh. Eric could often be seen communing with nature hiking or biking, or at the farmer's market and made it a priority to jump in the ocean daily in any season. There were no strangers to Eric as he felt comfortable speaking with anyone he met through the lens of curiosity. The greatest joy of his life came in March of 2008 when Eric Hansen and Courtney Shannon became parents to Brody Hansen. Eric was a devoted father who always took his son for bike rides, hikes, beach days, camping and many adventures in and out of Santa Barbara. Eric was beloved by Brody’s cousins as a funny uncle, leader of games, and a great gift giver.

Things we will miss most . . . His contagious smile and ability to make you laugh, his uncanny ability to remember historical facts, his compassionate heart for the homeless, the John Deere tractor bike he used to deliver flowers, vintage Hawaiian shirts, seeing his various parade costumes and bike decorations, finding treasures at yard sales and his unconditional love for his son.

In November 2021 Eric was diagnosed with pancreatic cancer and fought like a warrior to have time to create as many fun memories for his son Brody. This included camping in Big Sur, bike riding, swimming in the ocean, movie watching and playing video games together. On July 16, 2022, Eric was baptized at Saint Athanasius Christian Orthodox Church and met with his Priests regularly to receive communion. He departed this life peacefully under the care of Serenity House on Sunday, August 7, 2022 with the sounds of the Rebelution reggae concert drifting into his room. He was surrounded by his friends and family – his son Brody, Courtney, Briana, his godfather John Casey, Sebastian, Mark, Michelle (Brody’s godmother) and his brother Todd. Shortly before passing Eric’s face shone like the sun and his eyes widened and he smiled a great grin as if he was seeing his heavenly family waiting for him. Eric we will miss,Until we met again! Memory Eternal!

The Funeral service for Eric B. Hansen will be held at Saint Athanasius Orthodox Church (300 Sumida Gardens Lane, Santa Barbara, Ca 93111) Friday, August 12, 2022 at 11am, followed immediately by his burial at Goleta Cemetery at 44 South San Antonio Road, Goleta, Ca 93110.

A celebration of Eric's life luncheon will be offered at Saint Athanasius Orthodox Church patio at 1pm.

All are welcome to attend

To send flowers to the family or plant a tree in memory of Eric Hansen, please visit Tribute Store
Friday
12
August

Share Your Memory of
Eric
Upload Your Memory View All Memories
Be the first to upload a memory!
Share A Memory
Send Flowers
Plant a Tree