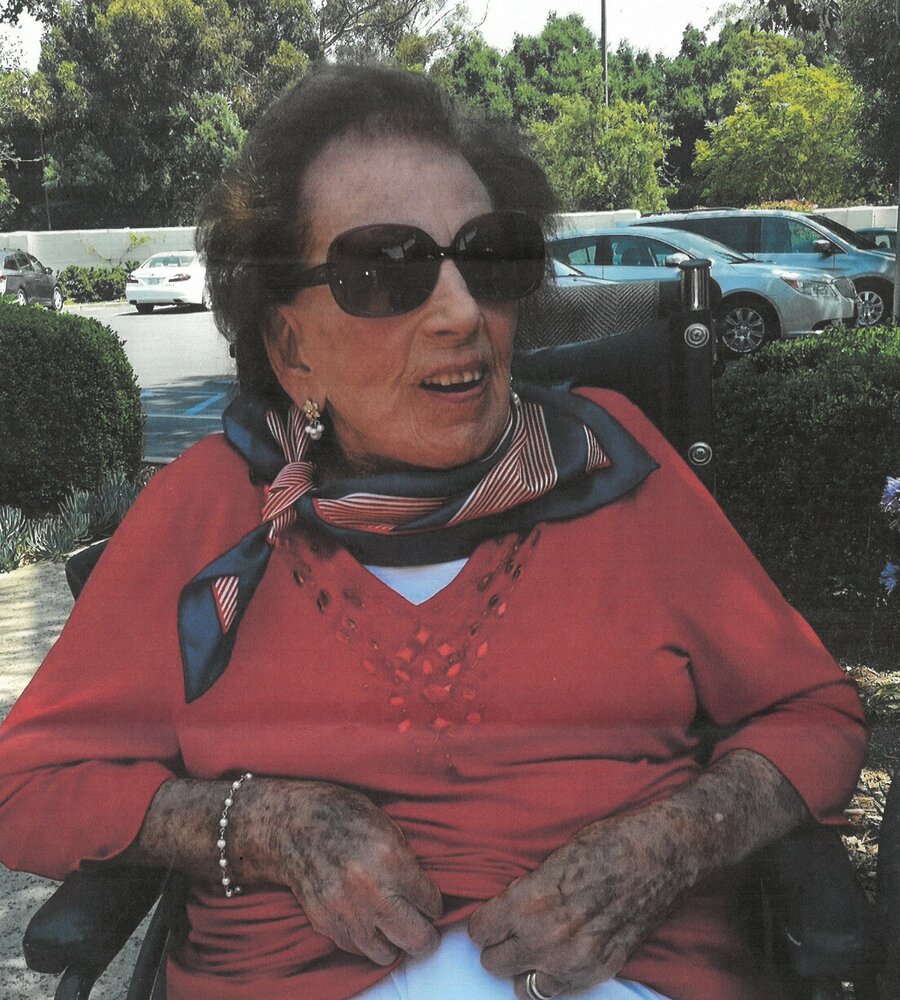 Esther H Baum passed away on Saturday, August 6 in Santa Barbara at the age of 93. Esther was born on October 31, 1928 in Chicago, Illinois to Barney E. Hokin and Dorothy L. Schwartz. She was a loving and dedicated partner to her husband, Robert K. Baum, M.D., for 71 years.

Esther was born into a large family which came to the USA from Eastern Europe between 1882 and 1921 settling in Chicago and becoming teachers, retail store owners, delicatessen proprietors and metals middlemen.

She attended Shakespeare and Kenwood Elementary Schools, Hyde Park High School, and the University of Illinois in Champaign-Urbana, receiving her Bachelor of Arts Degree from Roosevelt University in Chicago in 1950.

Later when her sons, David (Denice) of Los Angeles and Frank (Colleen) of Maui were completing high school, she obtained her master’s degree in library science from Immaculate Heart College in LA. She serves a short time as acting head librarian at that college then was employed by the Los Angeles Library System as a reference librarian. After taking classes with Master Calligrapher, David Meckelberg, Esther became an accomplished calligrapher in her own right, and used those skills throughout her professional and personal life.

An avid bibliophile from an early age, she worked as a volunteer in the library at the elementary school where her sons were students and was active in the PTA. Esther’s love of reading continued for decades. In 1973 she opened Banbury Book Shop in Woodland Hills, which became known as a top class independent bookstore where the employees read and were knowledgeable about the books that they were selling and the personalized attention paid to customers was without equal. She was forced to sell the store eleven years later when the big box chain stores opened just a few blocks away.

A published author of children’s stories, Esther became a literary agent and helped aspiring writers develop their writings for publication. Thereafter she went to work as a physician’s aide in her husband’s surgical; specialty office until he elected to retire in 1992.

The couple moved to Santa Barbara and a new home on Coronada Circle which they purchased on their 40th anniversary. Dr. Bob joined a surgical group in the tricounties for 5 years finally retiring completely in 1996.

They cruised extensively to distant ports and spent many Septembers in Hawaii to celebrate anniversaries, first on Kauai and then after their first grandson, Jason, was born on Maui. Granddaughter Jessie (Kerry Kullback) was born in 1989 and grew up near Esther’s home in Woodland Hills. As they got older they joined their parents and grandparents on cruises to see the world and enjoy the good life onboard the ships.

Esther served nine years on the Santa Barbara Parks and Recreation Commission, worked on the redevelopment of Chase Palm Park, participated in the Pearl Chase Society, took courses at the Adult Education School serving two terms on their board of directors and served on several other charitable committees and boards.

She was diagnosed with mixed dementia in early 2010 and she and her husband moved to Maravilla Senior Community where she remained from 2012 to her passing.

She is survived by her younger sister, Francine Hokin Katz of San Marino, CA. and many nieces, nephews, and cousins.

To send flowers to the family or plant a tree in memory of Esther Baum, please visit Tribute Store

Share Your Memory of
Esther
Upload Your Memory View All Memories
Be the first to upload a memory!
Share A Memory
Send Flowers
Plant a Tree