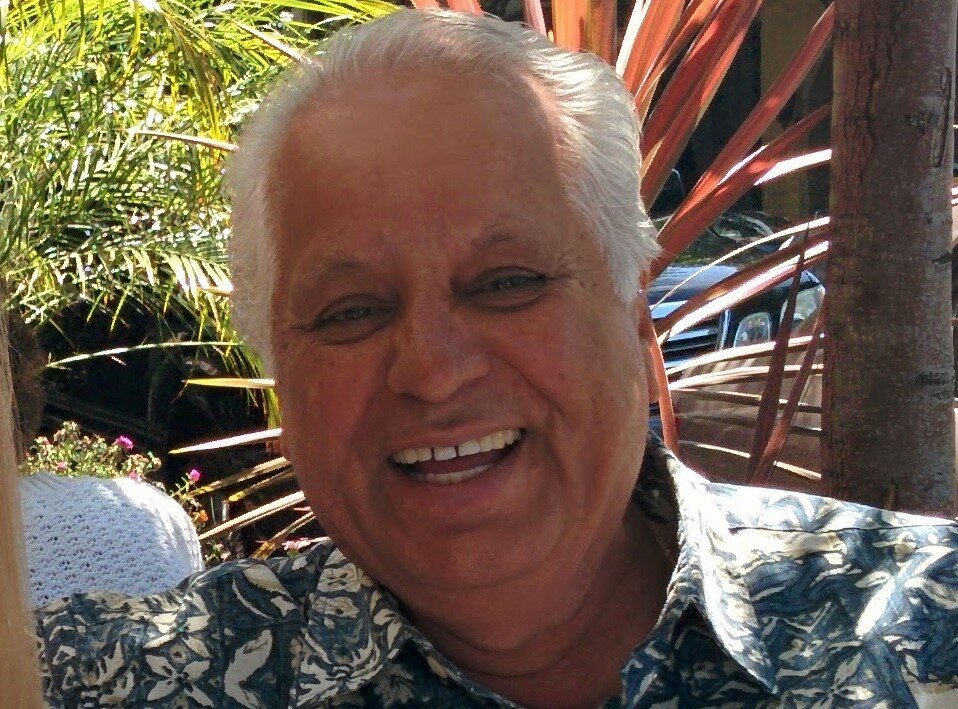 On the evening of August 29, 2022, with family by his side, Jagmohan Tulsidas Hiranandani (aka Jack Hira), passed away peacefully at Santa Barbara Cottage Hospital from complications of multiple myeloma cancer. Jack was 74 years old. He was preceded in death by his parents, Tulsidas and Devi Hiranandani, and a sister Mira Khilnani. Jack is survived by his beloved wife of 48 years Susan, son Daniel (fiancée Shaunah), daughter Jennifer (Justin), granddaughters Hailey, Laila, and Paisley Stuler, brothers Dhanraj, Shyam, Jagdish, sister Renu, their respective spouses, many nieces, nephews and extended family in the U.S. and India.

Jack was born in Benares, India (Varanasi) the fourth child of six. At age five his family moved to Bombay (Mumbai) where he grew up and attended school. After studying commerce in college, he left India for Hong Kong in 1969 and joined a custom tailoring company, Taj Mahal.

After working in Hong Kong for 10 months, Jack came to the U. S. and traveled throughout the country taking orders for men’s suits and shirts. Less than two years later (in 1972) he decided to open his own business with his best friend, Hiro Nasta, and Fashion Tailors was begun in Santa Barbara. Leading into a retail store, Fashion Tailors and Imports, opened downtown in December 1973.

In 1973 Jack unexpectedly met Susan Bailey at a local grocery store. After becoming friends, they were inseparable. Married in 1974, they began an extraordinary journey together. He was a jack-of-all trades and an entrepreneur, and throughout life his curiosity led to many interests. A few achievements were opening several retail stores (including Me ‘n’ You), plus wholesale, manufacturing and import businesses. Jack then went into real estate (licensed in 1987), construction, and property management. He was forever an optimist. To him there are no obstacles, only opportunities.

Their daughter Jennifer Devi was born in 1982, and son Daniel Bailey completed the family in 1986. The children were Jack’s pride and joy. He never missed a chance to attend Jennifer’s musical performances or Daniel’s baseball games, or learn how to use a new tech device. In 2007 he welcomed Justin Stuler into the family as a new son-in-law, and was blessed over the years with three precious granddaughters. Last year he happily met his future daughter-in-law, Shaunah Stolaroff, and was looking forward to their wedding next year.

Jack was a people person, taking a genuine interest in anyone he met. Family and food (it will bring us together) were very important. Taking time to connect—along with offering enough to eat—was his true generous nature. Encouraging others with Good Thoughts, Good Words, Good Deeds—plus Action—was a lifelong motto he excelled at. Since 2014, attending the Santa Barbara Vedanta Temple was an important connection to his upbringing. Traveling, hiking, taking long walks at Shoreline Park, studying economics and reading were a few of his other passions.

The family gratefully thanks Dr. Alan Rosenblum for his considerate care of Jack, Dr. Robert Wright, Laura Cadwell, the incredible nurses at Cottage Hospital’s Infusion Suite—"Jack’s Angels”—and the doctors and nurses who attended to him during his final days.  Jack will remain in our hearts forever.

McDermott-Crockett Mortuary handled the cremation and a memorial is pending. A Celebration of Life will be held in October and details will be shared on www.jackhira.com. In lieu of flowers, please make a donation to your favorite charity in Jack’s memory.

To send flowers to the family or plant a tree in memory of Jack Hiranandani, please visit Tribute Store
Saturday
24
September

Share Your Memory of
Jack
Upload Your Memory View All Memories
Be the first to upload a memory!
Share A Memory
Send Flowers
Plant a Tree