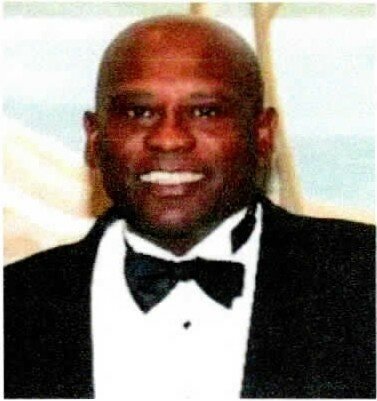 Alvinn Cupid Lee Wallace was born October 10, 1960 to the union of Cyrus and Burretta (Hill) Wallace in Hanover, Jamaica.

In 1982, Alvinn moved to Santa Barbara, California, finding employment with Santa Barbara Cottage Hospital as an x-ray technician. While working there, he began a carpet cleaning business, which he expanded to a full service cleaning company serving the Los Angeles, Ventura, and Santa Barbara counties, owning and operating this business until this present time.

Alvinn had a special affection for his church in Jamaica, Gurneys Mount Baptist Church , and continued his love for the church by becoming a member of the Greater Hope Missionary Baptist Church where he attended faithfully for 31 years, and served as a deacon, president of the laymen’s department, and member of the Men’s Chorus, as well as volunteering his time and talents to the edification, and up[keep of the building. In addition to owning and operating a business, Alvinn also dedicated his time to serving several organizations in the community. In 1997, Alvinn became a member of the Kiwanis Club of Santa Barbara, serving as their Distinguished President and Super Distinguished Lieutenant Governor. Finally, he continued his dedication to serving the community by joining the Santa Barbara Elks Lodge #613, as Loyal Knight, second vice president, and Chairman of the Board.

Alvinn is preceded in death by his parents and sister, Laurette Hamilton.

In lieu of flowers, the family asks that a charitable donation be made in his memory to the Greater Hope Missionary Baptist Church Building Fund.

To send flowers to the family or plant a tree in memory of Alvinn Wallace, please visit Tribute Store
Friday
7
October

Share Your Memory of
Alvinn
Upload Your Memory View All Memories
Be the first to upload a memory!
Share A Memory
Send Flowers
Plant a Tree