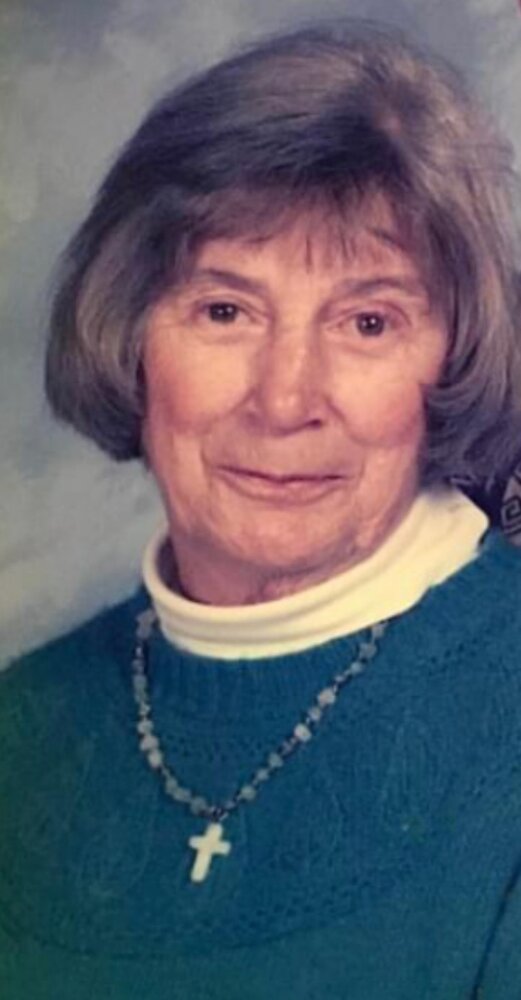 With heavy hearts we announce the passing of beloved Wife, Mother and Grandmother, Maryalice Winniford, 89.  She died suddenly at home, November 20, 2022, after battling a genetic lung disease. She was born February 17, 1933 in Topeka Kansas, the daughter of John Peter Schell and Mary Ann (Eakes) Schell.

Maryalice graduated from high school in Topeka, Kansas and worked at a movie theater where she met her first husband Robert Muir, whom she was married to from 1953 to 1968. They moved to Massachusetts where their daughter, Stephanie, was born. They later moved to California where their son, Bruce, was born. In 1957 they moved to Santa Barbara where Maryalice lived for the past 65 years. She divorced Robert in 1968.

She married Sergeant Doug Winniford (S.B.P.D.) in October 1977 and they had recently celebrated their 45th wedding anniversary.  While in Santa Barbara Maryalice worked for Angelo’s, The S.B. County building cafeteria, The Yankee Clipper, and The Upham Hotel. One of her favorite jobs was being a crossing guard for the S.B.P.D., crossing Monroe Elementary School children. But her most favorite job was being grandma to her grandson Aaron, and being “nana” to David and Jacob, Aaron’s 1st grade teacher’s children.

She and Doug went on many motorhome caravans to the Oregon Coast, Colorado, Mexico, Arizona, Nevada, Kansas and numerous destinations in California. They spent almost every New Year’s week at Cachuma Lake motorhoming with friends until they retired to San Vicente Park where she was active on the social committee. She enjoyed her monthly ladies Bunco group and loved going to see many touring Broadway shows. She also liked trips to the nursery.

It was rare for her to ever miss a daily Mass at St. Raphael’s church. Even during Covid she would have Doug drive her to the church parking lot where they held outdoor Mass. Even if she was away from home, Maryalice would find a church to go to for daily Mass.

In addition to her parents, she was predeceased by her brother Eugene.  She is survived by her husband Doug, daughter Stephanie (S.A.M.), son Bruce and his partner Jay, stepson Dale, his wife Robin and their daughter Eden, and grandson Aaron and his husband James.

A Mass in honor of Maryalice will be held at St. Raphael’s Church on Saturday December 10, at 10:00 a.m., followed by interment at Calvary Cemetery. Afterwards, the family will host a celebration of life at the Elks Lodge #613, 150 N. Kellogg, Santa Barbara.

If you are able to attend the reception, please RSVP to crikey@netzero.net by December 7th)

In lieu of flowers, the family requests that contributions be made in Maryalice’s honor to Saint Raphael’s church.

To send flowers to the family or plant a tree in memory of Maryalice Winniford, please visit Tribute Store
Saturday
10
December

Share Your Memory of
Maryalice
Upload Your Memory View All Memories
Be the first to upload a memory!
Share A Memory
Send Flowers
Plant a Tree