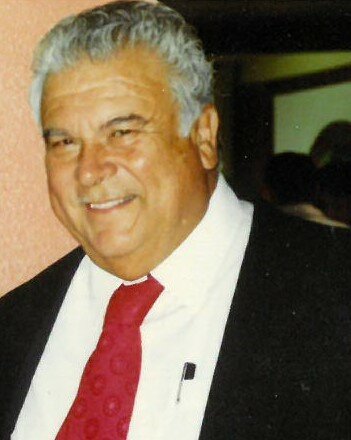 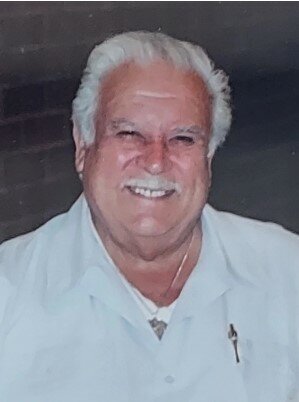 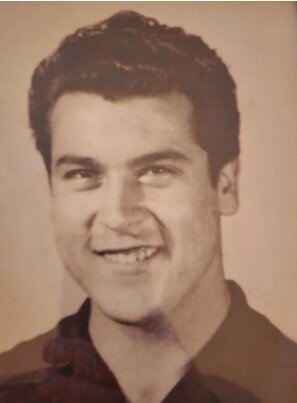 On Monday morning, November 28, 2022, Reyes Lopez, a native of Santa Barbara passed away due to a sudden illness. He was born on November 7, 1927 and had just celebrated his 95th birthday. He was born into a large family of 13, he was ninth in line of his siblings.

He attended Lincoln School + 1 year at Santa Barbara Jr. High yet never graduated as he helped to support his family. He worked odd jobs as a farm hand with A.C. Bryse, plowing, cultivating + harvesting crops, caring for livestock and poultry. What he never forgot were the days as a young boy selling newspapers on State St. What humbling times they were for him.

On February 22, 1946 he entered the Army, was assigned to basic training, gun crewman, squad leader and lastly as a mail clerk selling stamps, money orders, and postal supplies. Everyone in his troop depended on him to distribute mail from their loved ones back home. He served in this capacity for 3 months and was then stationed in Yokohama, Japan. On May 9, 1947 he was honorably discharged, returned home to Santa Barbara where he found work with Johnson Lemon Packing.

During this time he met the new girl in town (thru his family friend Socorro) from El Paso, TX. Her named was Bertha Olivas and pursued her for about 6 years until his marriage proposal, they were wed at St. Malachy’s Church on 82nd St. in Los Angeles, CA on a cold rainy day on January 15, 1955. They were married for 67 beautiful years, raised 2 daughters, Hilda and Patricia (Hector Balboa). He provided his daughters with the best Catholic school education. What enjoyment he felt taking holiday trips to every amusement park in Southern California.

Yet nothing gave him the most pleasure than singing trio bolero music until his passing. He shared his love of music with everyone in his path. He not only sang his favorite trio music with local guitarists and compadres, Larry “Chalo” Hernandez and Tomas Myers but also sang with mariachis, Lalo Moreno (whom he’s known since 15 years old) and some big bands of the 1950’s. He became a fixture in Santa Barbara for his singing and in high demand at weddings, birthdays, anniversaries, reunions, etc.

He was a proud City of Santa Barbara Parks Department employee for 33 years from 1951 til his retirement in 1984. He managed the Santa Barbara Rose Garden (in front of the old mission) where he taught himself everything about roses. He became highly respected for his knowledge of rose care to receive no. 2 state recognition and was also a Santa Barbara Rose Society member as well as presenter at meetings showcasing his knowledge of how to prune, graft and maintain roses.

To send flowers to the family or plant a tree in memory of Reyes Lopez, please visit Tribute Store
Friday
16
December

Share Your Memory of
Reyes
Upload Your Memory View All Memories
Be the first to upload a memory!
Share A Memory
Send Flowers
Plant a Tree