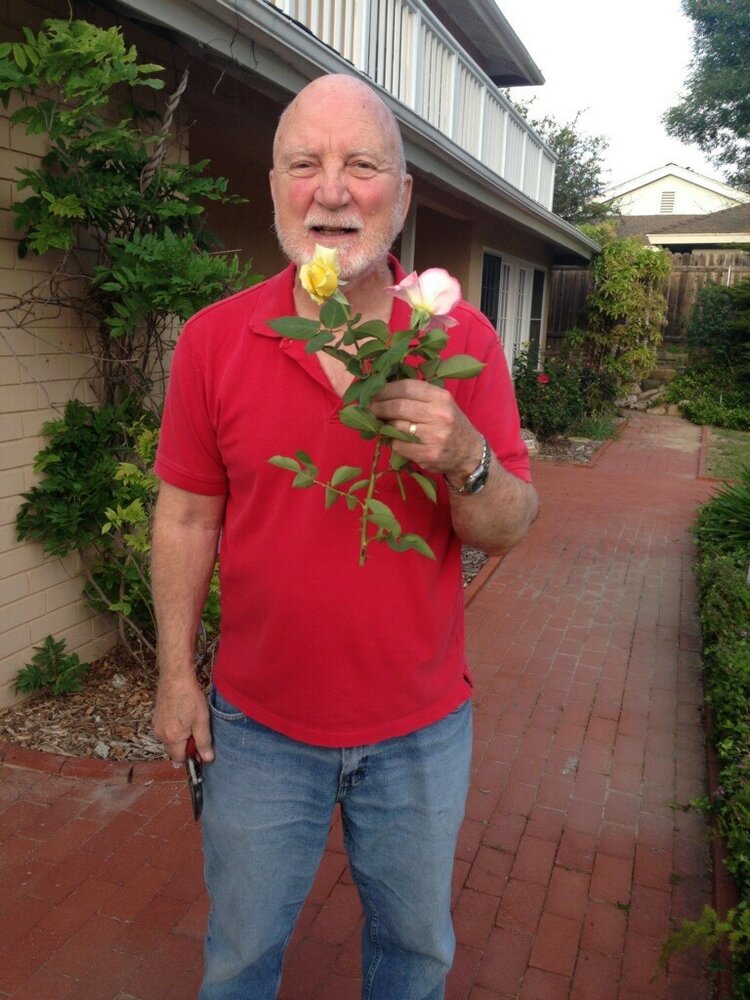 Our beloved husband, father, and grandfather LeRoy Stanley Brown passed away into the arms of Jesus on December 21, 2022. Stan lived an exciting life, beginning in St. Helena, California where he was born on November 4, 1937 to Iva and Wilbur Brown. He lived there for 12 years when his family moved to Guam. This time in his life was full of adventure on the island, in the jungle, and in the sea. After high school graduation, he went to Fresno State College, choosing to major in engineering. Stan interspersed his schooling with jobs and going home to Guam for summers and holidays. He joined the Naval Reserve to enlist to serve during the Vietnam War. It was during this time, he met the love of his life, Joan Moffett. They were married in the summer of 1962 after which Stan went to Morocco for two years, as part of his military service. When his stint in the Navy was finished, Stan completed his education at Fresno State. In 1966, they moved to Santa Barbara where Stan taught at Santa Barbara Junior High for two years. Deciding to go into engineering full-time, Stan began a career that spanned Hughes, SBRC, and many places that did work on the cusp of new military technology, as well as working with SBIG to make cameras for amateur and professional astronomers. He received his masters degree at USC in engineering. Stan retired multiple times, and then would go back to work for a different company as a consultant. About twenty years ago, he was diagnosed with Parkinson’s, which progressed slowly. Stan loved his family, music, hiking, his church, and tinkering with so many gadgets. He is survived by Jo, his wife of 60 years, his sons Stephen and Christopher and their families, as well as his sister Julianne Mathews, and nieces and nephews.

A celebration service will held at Goleta Cemetery on January 6, 2023 at 2:00pm. In lieu of flowers, the family requests donations be made to the USO and/or the Free Methodist Church of Santa Barbara.

To send flowers to the family or plant a tree in memory of LeRoy Brown, please visit Tribute Store
Friday
6
January

Share Your Memory of
LeRoy
Upload Your Memory View All Memories
Be the first to upload a memory!
Share A Memory
Send Flowers
Plant a Tree