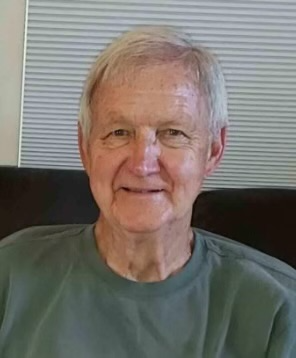 It is with great sadness that we share the passing of Thomas Hartley McAlexander on January 6, 2023, in Santa Barbara, California.

Tom was born in Los Angeles, California on April 26, 1941 to Marian Rebecca McLean and Lilburn Chandler McAlexander. He attended Freemont High School and served in the Naval Reserve from 1958-1960 and 1962-1964 . While on active duty from 1960-1962, he served on the USS Pritchett as a Gunner’s Mate (GMG3). He volunteered to replace a sailor who was sick for a short period of time on a submarine, something not surprising as Tom was always willing to be of service to others. Upon completion of honorable military service, Tom worked his way to a supervisory position at a company in Los Angeles known for making soap products. In 1981, he moved to Carpinteria where he worked as a painter and handyman, developing many diverse skills. As a jack-of-all-trades, he was able to work for many local homeowners, businesses, and a family-run business on rental properties, impacting many people around the Carpinteria, Montecito, Santa Barbara, and Los Angeles area for nearly 40 years. In 2020, Tom started having health issues which slowed him down. A medical procedure in late July of 2022 then led to a series of complications and a massive stroke. He was cared for at home after his release from hospitalization in September.

Tom was known for his strong faith, wisdom, honesty, integrity, hard work, love of family, kindness, compassion, wonderful singing voice, love of scripture, patience, understanding, and strong ethics. He was handy, hardworking, and “could fix or do anything.” He was known as “Tom the Toolman,” and “Mr. McMayonnaise”. He would put mayo on anything, including spaghetti. His favorite way to start the day was over coffee and reading the bible with his wife Chris. He was very involved in his local church, Carpinteria Valley Baptist Church, where he led the worship services and served as a deacon.

To send flowers to the family or plant a tree in memory of Thomas McAlexander, please visit Tribute Store
Friday
13
January

Share Your Memory of
Thomas
Upload Your Memory View All Memories
Be the first to upload a memory!
Share A Memory
Send Flowers
Plant a Tree