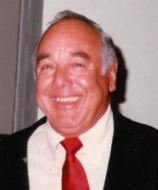 Edward Austin Lamb was born August 29, 1926 to Harry A. and Barbara J. Lamb.  His mother, Barbara (Cota) was from the locally known Cota, Ortega and Lopez families, who traced their lineage to the Santa Barbara Presidio, making Ed and his brother, David, sixth generation Santa Barbarans.

While at Santa Barbara High School, Ed was in ROTC and graduated in 1944 with the rank of Cadet Captain.  While waiting to be called to active duty with the Army Air Corps for pilot training, he instructed ROTC, entering the service in early 1945, as World War II was coming to a close.

After discharge from military service, Ed was employed as an Assistant to the sales manager at Morton Salt Co. in San Francisco.  Returning to Santa Barbara in 1948, Ed was employed by Southern California Edison.

In 1949, he married Victoria June Casali, who was his cherished partner in life and joined his father-in-law, Carl Casili, in the restaurant business at the Harbor Restaurant in 1951.  Together, Ed and Carl started Moby Dick Restaurant, the Valley House Restaurant  and the Breakwater Café.

In 1963, Ed built the Tree House Restaurant and cocktail lounge on upper State Street, which he and his wife operated successfully until 1975, when he sold the restaurant to his brother, David.  While running the Tree House Restaurant, Ed also found time to serve the city of Santa Barbara as an active member of the Police and Fire Commission, serving as Chairman of the Commissioners until his resignation in 1973.

Ed enjoyed flying and flew numerous times to the high Sierras to fish with friends and family members in remote areas, teaching his son Barry and his three grandsons  a love of the high Sierras that Ed learned from his father.

Ed was proceeded in death by his wife, Vicky, and his brother, David, and is survived by his daughter, Wendy, son-in-law, Warren, son, Barry, daughter-in-law, Nikki, one granddaughter, Emma, four grandsons, Mackenzie, Tanner, Tucker, and Garrett and nine great grandchildren.

In lieu of flowers, donations can be made to Serenity House Hospice in memory of Edward Austin Lamb.

To send flowers to the family or plant a tree in memory of Edward Lamb, please visit Tribute Store
Print
Share A Memory
Send Flowers