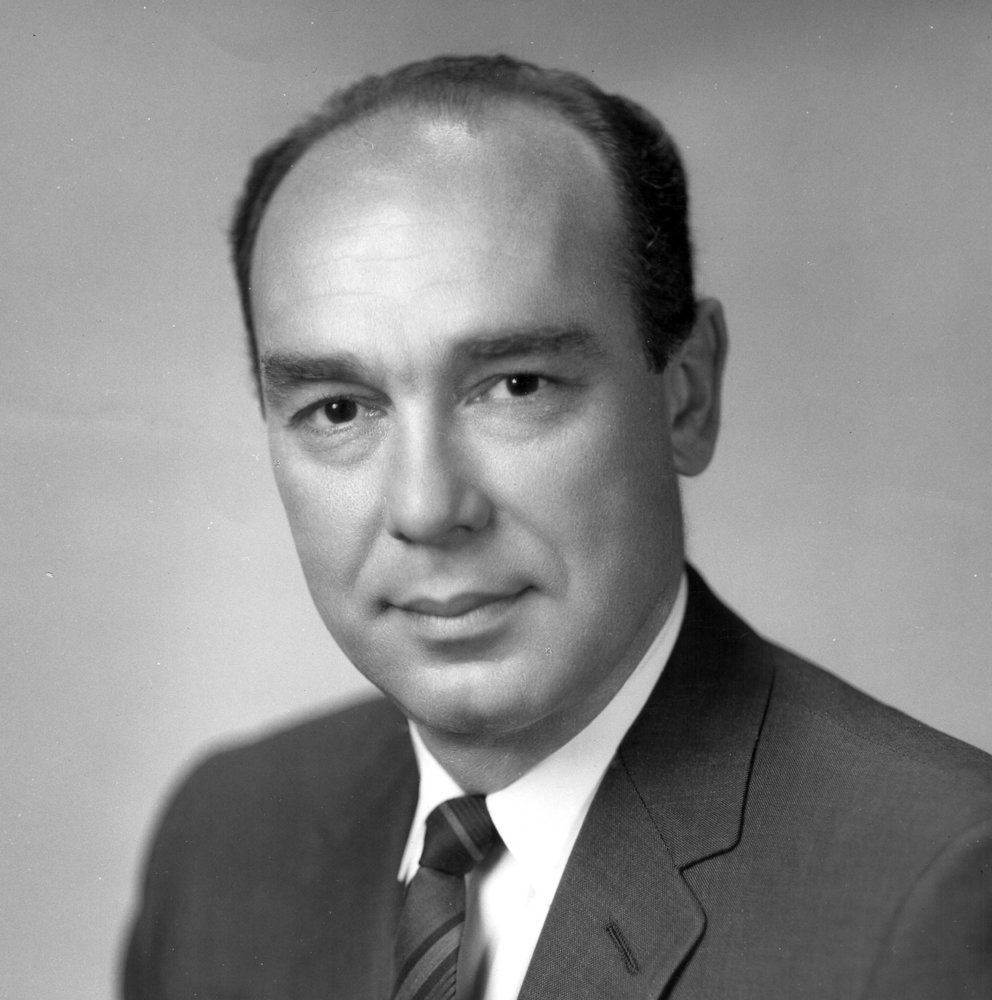 Norman J. Boyan was born on April 11, 1922 at home in the Bronx, N.Y.  He died peacefully at home in Santa Barbara, CA on December 2, 2020. He was a wonderful husband to his wife, Priscilla, and a devoted father, grandfather and great grandfather.

Norman was an accomplished educator, a skilled athlete, and a warm and caring friend to many in a long life of 98 years. He enjoyed baseball, basketball, golf, and cycling and was a regular participant in exercise activities at the Valle Verde Senior Living Community, well into his 90s.  A great storyteller with a wealth of tales, he had an amazing memory, an infectious laugh, and an outgoing and warm-hearted personality, with a smile always dancing around his mouth as he spun his stories.   He was a man of great integrity, patient and kind, who truly enjoyed life and his family.

Both of Norman’s parents were deaf and did not speak, making it all the more remarkable that he grew up to become such a learned and erudite man.    His parents were of Italian heritage on his mother’s side and Irish on his father’s side.  He attended parochial and public schools in the Bronx and in Mount Vernon, N.Y., graduating from A.B. Davis High School in Mount Vernon in 1938 (at age 16).  At Davis, Norman participated in the Debating, Chess, and Service Clubs, worked on the school newspaper, and served as President of the National Honor Society.  He was also active in sports at the intramural and club levels, playing on one city championship basketball team.

In 1939, he matriculated at Bates College, Lewiston, Maine and was awarded a BA in History and Government in 1943, even though he was called into active military service in January 1943. Norman had aspired to become a high school history teacher and basketball coach in the New England area before World War II changed the world.  At Bates he was particularly influenced, on the personal side, by a Geology professor who took a special interest in him and on the academic side, by a History professor whom he greatly admired.  Also at Bates he met his future wife, Priscilla Simpson, to whom he was lovingly married for 77 years. He was elected to the Student Council and Phi Beta Kappa (1942); played varsity basketball for three years (captain as senior); on the college newspaper was News Editor as a junior, Editor as senior; and earned his keep as dormitory proctor, janitor, waiter and Head Waiter, and student assistant.  In October 1942, Norman enlisted in the US Army Air Corps and was called to active duty in January, 1943.  He received his commission as 2nd Lt. in September 1944 and was serving as a communications officer at Victorville, California, Air Base when the war ended in August 1945.  His oldest son, Stephen, now deceased, was born at Boca Raton, Florida, Air Base while he was on active duty.

After discharge in January 1946, he entered graduate study at Harvard University from which he received an MA in History in 1947 and an Ed.D. in Educational Administration in 1951.  Before and after receiving his doctorate, he worked as Research Assistant and Research Associate in the Laboratory of Social Relations at Harvard on the Social Mobility Project which was studying the educational and occupational aspirations of some 4,000 boys in 10 suburban high schools in the Boston area.  Priscilla, his wife, gave birth to three more children during the Boston years:  Craig, Patricia (deceased), and Corydon.

Norman spent 44 years in education, from 1946 to his retirement in 1990.  His first position was instructor of US History, on a part-time basis while pursuing graduate study, at the Dana Hall School in Wellesley, Massachusetts, 1946-1948.  After two years of full-time graduate study, he was employed at the Laboratory of Social Relations at Harvard, 1950-52.  He spent the next seven years in secondary school administration:  1952-54 as assistant principal at Mineola (NY) High School; 1954-59 as principal of The Wheatley School, the junior-senior high school of the East Williston (NY) school district.  He then moved to the School of Education at the University of Wisconsin-Madison where he served as Director of Student Teaching and Internship from 1959 to 1961, followed by a call to an Associate Professorship in the School of Education, Stanford University, concentrating on Secondary School Administration in a new program supported in part by the Ford Foundation.

After six years at Stanford, Norman was offered a post in 1967, on leave from Stanford, in the-then U.S. Office of Education as Director of Educational Laboratories, a new initiative to support 10 Educational Research Centers at major universities across the United States and an associated set of 20 Regional Educational Laboratories. During his second year in the U. S. Office of Education, he was Associate Commissioner of Education for Research, during which he presided over the award of grants and contracts at the level of $100 million.  One of the grants was for the support of Sesame Street.

As he was about to return to Stanford in 1969, he was offered and accepted the position of Dean of the Graduate School of Education at the University of California at Santa Barbara, a post he held until 1980, including two years (1977-79) as Acting Dean of Extended Learning. From 1989 to 1991, he filled the post of Director of the UC Educational Leadership Institute, an initiative of the Office of the President. He retired as Professor of Education Emeritus in 1990.  In addition to his work as Dean and Professor, Norman served on a number of UCSB committees, both administrative and of the Academic Senate, including Chair of the UCSB Senate Committee on Educational Policy and Academic Planning, and also Chair of the UC Systemwide Academic Planning and Program Review Board for two years. One of his last committee assignments was chair of a special task force on the development of professional schools for UCSB.  The committee recommended to the Academic Senate the choice of a program in environmental science, the genesis of the Bren School.

During his Santa Barbara years, Norman spent terms as visiting professor or visiting scholar at Stanford University (twice), University of Oregon, University of Arkansas Summer Program in Greece, Harvard University, Pennsylvania State University, University of British Columbia, University of Alberta, and University of California at Los Angeles.  As a graduate student, he served for two years on the editorial board of the Harvard Educational Review, followed later by lengthy editorial board service for the Journal of Educational Research, Urban Education, and the Journal of Secondary Education.   He also served as editorial consultant for the Educational Administration entries in the 1980 edition of The Encyclopedia of Educational Research and was general editor of (as well as contributor to) the first Handbook of Research on Educational Administration, published in 1988.  His other publications include a book on training of supervisors and some 50 articles and technical papers.  His professional activities included consultant and accreditation services to a large number of school districts, colleges/universities, and other educational organizations across the United States.  Norman began his career with the Shankland Award of the Associated Exhibitors of the American Association of School Administrators in 1950 for advanced study in educational administration and ended it with the 1998 Roald F. Campbell Lifetime Achievement Award of the University Council on Education Administration “for extraordinary commitment, excellence, leadership, productivity, generosity, and service.”   In between he was elected by his peers Vice-President of the American Educational Research Association for Division A-Administration.

Norman’s life embodied the essence of the American dream, celebrating the central importance of love, family and hard work. He and his wife Priscilla enjoyed a long, beautiful and well-lived life.  They met more than 80 years ago, and spent 77 years as loving husband and wife. When she passed in November he followed her almost immediately, with only 12 days separating their departures.  They are together again, as they always were, a beautiful love story for the ages.

To send flowers to the family or plant a tree in memory of Norman Boyan, please visit Tribute Store

Share Your Memory of
Norman
Upload Your Memory View All Memories
Be the first to upload a memory!
Share A Memory
Send Flowers
Plant a Tree