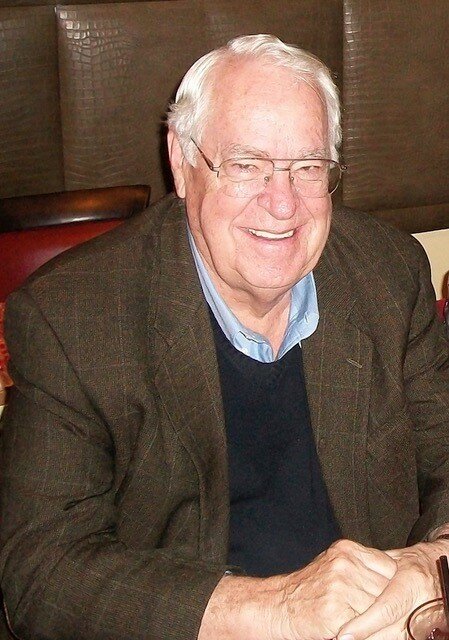 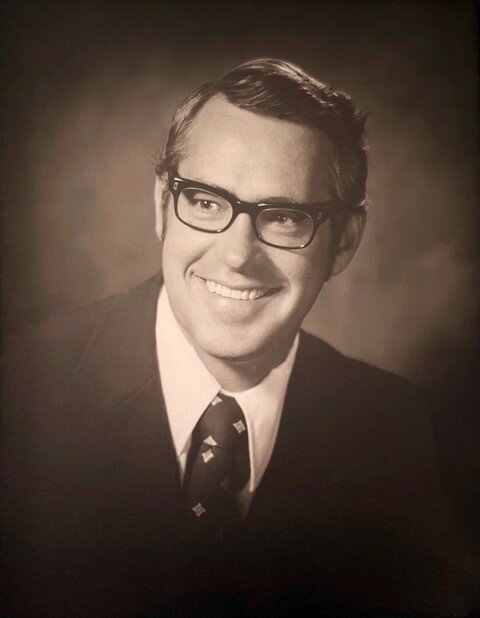 David Herman Payne 89, of Santa Barbara, CA, passed away on April 29, 2022. He was a kind and loving husband to his dear late Ruayne for 70 years, a father of four, a grandfather of twenty, a great grandfather of fifty-one, a great-great grandfather this week, and a loyal friend to many more. They will remember him for teaching and being an example of integrity, work ethic, and leadership along with an unshakeable commitment to his family and faith.

David was born at home on September 17, 1932 in Ogden, Utah and weighing over 10 pounds. He was Hannah Valate Pickett and Herman Matthew Payne’s second child of six.

At a young age, he fought off a rare autoimmune disease called rheumatic fever, which was often fatal at the time. For treatment, his parents moved to Arizona for the summer and had him lie on a mattress out in the open yard in order to “bake” out the disease. Unable to walk, his Mom would carry him on her back.  Miraculously, he made a full recovery.

David began working in his Dads grocery store, Payne’s Market, at 12-years-old. David often recalled his father’s business lessons and lived by them in his own life. The customer is always right. At the end of the workday, it’s better to be under on your cash balance at the register than over—if you’re over, then you cheated someone, his father told him.

In high school Dave joined the ROTC and planned on serving in the armed forces but was deemed ineligible due to flat feet and scoliosis. His ROTC Drill team was part of a competition in the Midwest against the Canadians where his team was victorious. It was said that you could hear his commanding voice from around the block.

During his senior year of high school David met a high school junior named Ruayne Herbert. Soon after they met however, David’s parents sold their grocery store and moved to California, prompting David to propose to the 16-year-old Ruayne. She said yes and parents agreed. They married in Ogden, Utah and moved to Lynwood, CA.  Their first child Christi was born a year later.  Christi’s allergies caused by air pollution caused them to move to Santa Barbara, CA where they lived the rest of their lives. The young couple had three more children--Sherrie, David and Deena.

While he did not have a college degree, David made up for it with hard-work, savvy, and honesty. He sold vacuum cleaners and installed and repaired juke boxes. In 1952, David started Muzicraft Sound Engineering where he worked for the next seventy years. While he had numerous opportunities to work for higher-profile employers with larger salaries, he and Ruayne felt strongly that their family was their priority. Always wanting to remain useful, David was never content with the idea of retiring.  The Friday before he passed, he was sitting in his office still working after others left for home.

After family, David’s top priority was his commitment to the Savior. He loved serving in many capacities in the Church of Jesus Christ of Latter-Day Saints from Sunday School Teacher, Bishop, Stake President, Ventura Mission Counselor, Temple Worker and finally Temple Sealer. He was instrumental in helping build the local chapel where his funeral will be held in Santa Barbara.

David treasured his time working in the LDS Los Angeles Temple. At 89-years-old, he was their oldest sealer and had the opportunity to marry and seal over half of his grandchildren and their spouses for time and all eternity. After his sweet Ruayne passed last year, his dedication to the Lord drove him forward. When various illnesses struck him, he’d always dedicate himself to getting better by noting that  “I need to get back to the temple and to work.” He even went to physical therapy specifically so he could stand longer to perform marriages in the temple, which he was able to do several times in the weeks before he died.

David was preceded in death by both his parents, his sisters Ilene Critchfield and Joann Ross, his brothers Thomas Payne and Douglas Payne, his sweetheart Ruayne Herbert Payne, and his daughter Sherrie Payne Ellison.   He is survived by his brother Gary Barton Payne (Sherma), his daughter Christi (Bill), son David Herbert Payne (Annette) and daughter Deena Lee Lockhart (Ralph).  He knew and was loved by many of his posterity well and loved being an important part of their lives.

The family requests that in lieu of flowers, people so desiring can send donations to the LDS Humanitarian fund  https://philanthropies.churchofjesuschrist.org/humanitarian-services

To send flowers to the family or plant a tree in memory of David Payne, please visit Tribute Store
Friday
6
May

Share Your Memory of
David
Upload Your Memory View All Memories
Be the first to upload a memory!
Share A Memory
Send Flowers
Plant a Tree