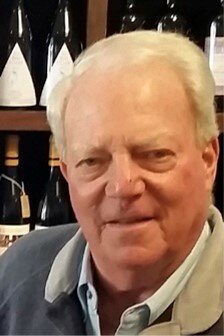 Obituary of Steven B Engles

On September 6, 2022, Steve passed away after battling cancer. He was born on December 23, 1941, in Oakland, CA, where he began competitive swimming at age seven. He lettered and was named all-city as an Oakland High freshman. Steve attended the University of Southern California, joined Sigma Alpha Epsilon, and graduated with a degree in telecommunications. He and Susan, his wife of 58 years, were college sweethearts and married in 1963.

After graduation, Steve started his long career in broadcasting at NBC in Burbank. He rose through the ranks to become the general manager of several television stations across the country. The family lived in ten states before purchasing two television stations in the Midwest.

Making the switch from television to radio in 1995, Steve founded the Santa Barbara Broadcast Center after purchasing radio stations KHTY, KTMS, KMGQ and KIST. He was very proud of the fact that KMGQ became the nation’s highest ranked smooth jazz radio station, as well as that KTMS was Santa Barbara’s top ranked radio station in 1997.

He loved sailing, traveling, deep sea fishing, gourmet cooking, maintaining his wine cellar and always looking for the next great bottle wine! But most of all he loved his family. He and Susan had two children. Their son Scott is an executive TV sports producer in Orlando and their daughter Stacy is a lawyer in St. Louis. They have three grandchildren, Rachel (Austin), Rebecca and Josh, and a great granddaughter, Eliza.

In lieu of flowers the family requests that donations in his memory be made to VNA and Hospice Care of Santa Barbara and the American Lung Association.

To send flowers to the family or plant a tree in memory of Steven Engles, please visit Tribute Store

Share Your Memory of
Steven
Upload Your Memory View All Memories
Be the first to upload a memory!
Share A Memory
Send Flowers
Plant a Tree