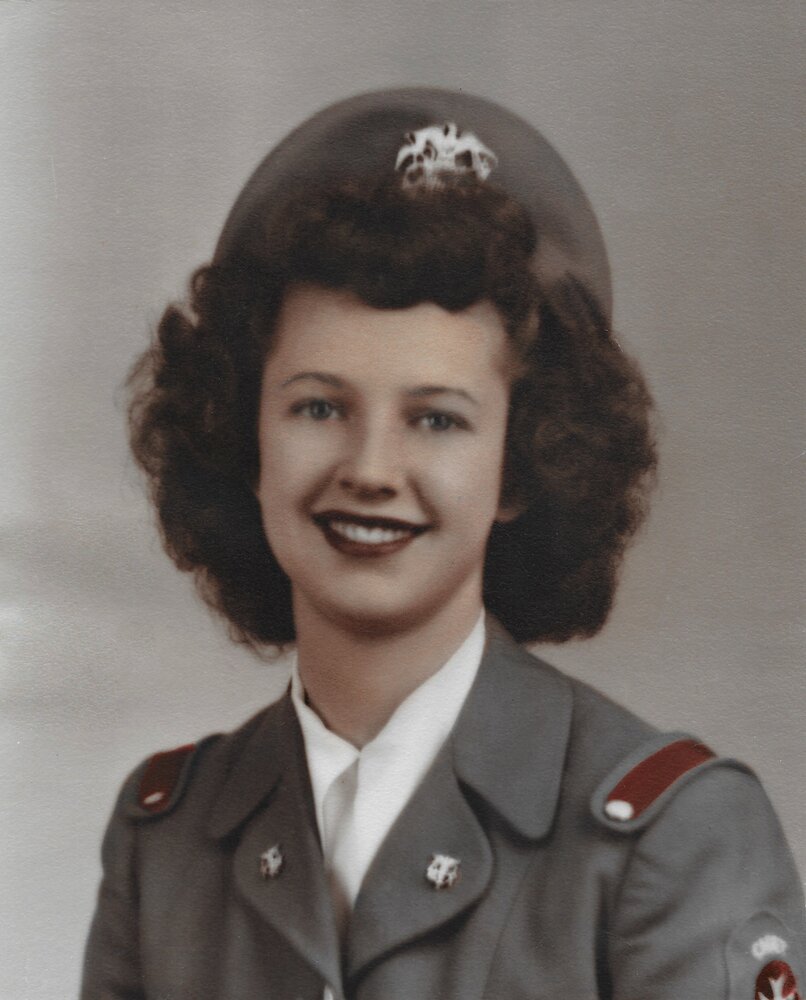 A loving, caring, compassionate and generous woman who lived a life of service, Donna Allene Thomas, age 95, of Santa Barbara, CA, passed away at home on September 11, 2022, surrounded by the love of her family.

She graduated from Polytechnic High School in Riverside, CA in 1944, and went on to study nursing at Highland School of Nursing in Oakland, CA, graduating August 30, 1946.

Donna met David A. Wright in Riverside, CA. They were married in Westwood, CA on September 4, 1946, and lived in the Piedmont Pines district of Oakland, CA. They had three children: Cynthia Diane, Kathryn Elizabeth, and Lauren Michelle.

After the marriage ended, in 1967 Donna moved to Santa Barbara where she worked as an RN at Cottage Hospital assisting surgeries, births, and emergencies. She went on to attend San Fernando Valley State College and graduated in 1972 with a B.S. in Health Science. Public health became her mission and she worked for Santa Barbara County making welfare checks on the indigent and homeless living on the streets.

Following her nursing and public health careers, Donna enjoyed a successful career as a real estate agent and investor in Santa Barbara. It was in the real estate office that she met her future husband John (Jack) A. Patterson.

Donna loved music, especially singing. Growing up, she sang in the Presbyterian Church choir in Riverside, CA and was a member of the Highland Nursing School Chorus. She and Jack especially loved the Santa Barbara Choral Society where they sang in many concerts. In addition, they were choir members of the First Congregational Church of Santa Barbara, and on one memorable trip they sang under the dome of the Cologne Cathedral. Her homes were always filled with music, and she passed along her love of music to her children and grandchildren.

Gardening was a great love of Donna’s, and she grew many wonderful gardens over the years. Her garden in Oakland was a glorious array of rhododendrons, azaleas, hydrangeas, ceanothus, pansies, violets and a vegetable garden carved out of the hillside. Her Santa Barbara gardens included exotics such as night blooming cereus, stag horn ferns, plumeria, and fruit trees — including persimmon, from which she made delicious cookies. She also created and tended numerous bonsai plants, such as ginkgo, maple, and conifer varieties. In addition, she had great appreciation for the trees of Santa Barbara, particularly sycamore, oak, and jacaranda. She passed along her love of gardening to her daughters.

Having a strong interest in genealogy, Donna worked diligently for many years tracing her family. She was excited to be able to trace members of her family back to the very early 1700s in the United States. No computer records or online sources existed during her research years, so all family records she obtained were found during her extensive travels or via mail communications.

Donna and Jack belonged to the Audubon Society and loved watching and identifying birds, as well as hiking with the Sierra Club. They spent many enjoyable years traveling the world, spending time hiking the mountains surrounding Santa Barbara, Donner Lake, and on the beaches of Santa Barbara. She and Jack also enjoyed many good times with children and grandchildren at her Tahoe Donner home, which always included lots of games, the Donner Lake beach, hiking and snow skiing, along with the many memorable meals that she and Jack loved to cook together. The couple also enjoyed her condo and their time spent on Oahu.

Donna was a generous donor to many charitable causes and she and Jack volunteered serving meals at The Santa Barbara Rescue Mission.

She was preceded in death by her parents, Houston and Margaret “Dolly” Thomas and her sister June Pounders.

A memorial will be scheduled to honor Donna’s life. In lieu of flowers, the family encourages donations in Donna’s name to Alzheimer’s Association and Hospice.

Share Your Memory of
Donna
Upload Your Memory View All Memories
Be the first to upload a memory!
Share A Memory